The leader of Nnamdi Kanu’s legal team, Ifeanyi Ejiofor, has stated that the a former Attorney-General and Commissioner for Justice in Imo State, Chukwuma Machukwu-Ume (SAN), would only be joining them to contest the proscription of the Indigenous People of Biafra (IPOB).

Recall that one of Kanu’s lawyers, Aloy Ejimakor, had on Monday evening announced the addition of Machukwu-Ume to the IPOB’s leader legal team.

But in a statement titled: “Clarification of information on the legal team of Onyendu Mazi Nnamdi Kanu Re: Inclusion of Chief Chukwuma Machukwu Ume (SAN)”, Ejiofor said Mike Ozekhome remains the only Senior Advocate of Nigeria defending Kanu against treason charges before Justice Binta Nyako of a Federal High Court in Abuja.

He said, “My attention has been called tonight to the information making the rounds that Chief Chukwuma Machukwu Ume, SAN, has been included in the legal team defending our indefatigable client, Onyendu Mazi Nnamdi Kanu, in the 15 counts amended charge preferred against him at the Federal High Court, Abuja. This information has generated effusive commentary of a diverse nature making it expedient for me to say a few words by way of clarification.

“Firstly, I say straight away that the information, in actual fact, is misinformation. No SAN, apart from Chief Mike Ozekhome (SAN), is in the legal team defending Onyendu in the aforesaid pending criminal matter.

“Secondly, Chief Chukwuma Machukwu Ume (SAN), on the instruction of Onyendu, was introduced into the already existing IPOB legal team, ably headed by my good self, to prosecute the pending appeal challenging the Proscription of IPOB. The said appeal is pending at the Court of Appeal, Abuja Division. This appeal and the 15-count Amended Charge pending at the Federal High Court, Abuja, are entirely two different cases.

“Thirdly, any instruction to engage any lawyer whatsoever to join in the legal team representing either Onyendu or IPOB in cases pending in court must come from Onyendu himself and not from any other person whatsoever. Onyendu has been particularly enthused by and appreciative of the quality of advocacy demonstrated by Chief Mike Ozekhome, (SAN), in the conduct of proceedings at the Federal High Court. He has implicit confidence in the present formidable legal team defending him. Accordingly, he has no need whatsoever to tinker with the idea or consider the possibility of engaging another senior lawyer in his defence, presently or in the foreseeable future.

“However, in the unlikely event of such future engagement, information to that effect must proceed either from my good self or from the revered and respected learned silk.

“Finally, I urge Umuchineke and the general public to take particular note of the above clarification and be properly guided. Thank you all, Umuchineke, and remain blessed.”This article was originally published on Nigeria News

With No Help From Other SouthEast States, I Will Put 50,000 People On Field To Welcome Tinubu –Umahi

Ebonyi state governor, Dave Umahi has stated that he will singlehandedly put 50,000 Ebonyi people on the field to welcome Bola Tinubu Umahi, while speaking on Channels Television, announced that the state will be holding its rally for the All Progressive Congress presidential aspirant, Bola Ahmed Tinubu on the 22nd of November 2022 and it […] 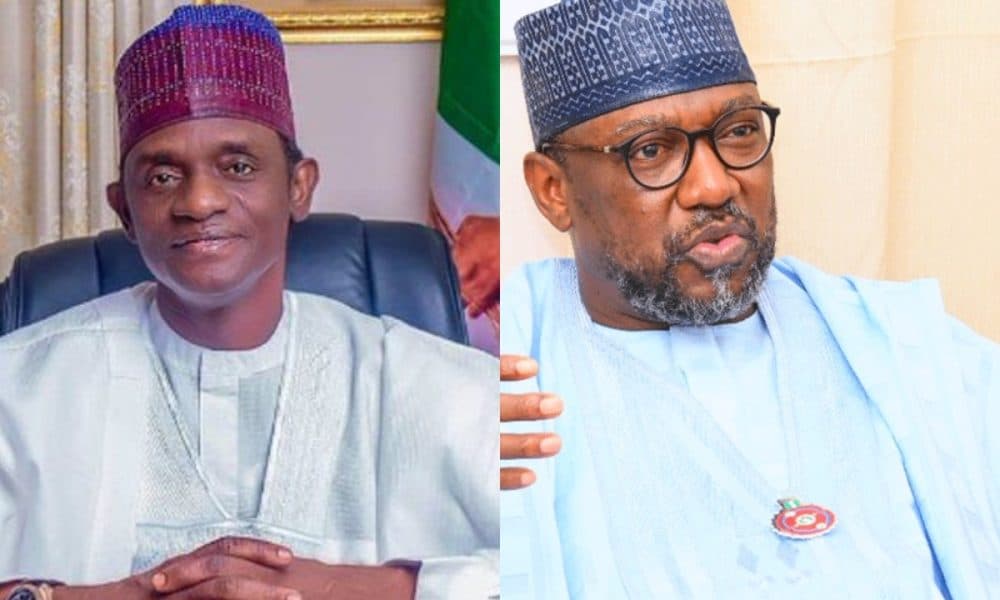 The Independent National Electoral Commission (INEC) has denied knowledge of the leadership change in the ruling All Progressives Congress (APC).

It was gathered that INEC made this known on Thursday in a letter sent to Governor Abubakar Sani-Bello of Niger, who is the acting chairman of the party’s caretaker committee.

The officials pleaded not to be named disclosed that Sani-Bello had on Wednesday written to INEC in his capacity as the acting national chairman of the APC’s Caretaker Extraordinary Convention Planning Committee (CECPC) inviting the commission to their National Executive Committee (NEC) meeting scheduled for next week Thursday via zoom.

Sources confirmed to Daily Trust that the APC had send a letter to the electoral commission revealing a change of guard from Governor Mai Mala Buni to Sani Bello.

“Yes, there was a letter from the APC, which the commission replied because there were legal issues…They did not do the right thing,” one of the officials of the electoral body said.

Another official said INEC in the reply told the ruling party that it was only the national chairman and national secretary of the party that could write such a letter.

This means that the commission was yet-to-be be formally notified of the leadership change in APC.

The Electoral Act 2022 in Article 82 (1) recently signed by President Muhammadu Buhari stated that: Every registered political party shall give the commission at least 21 days’ notice of any convention, congress, conference or meeting convened for the purpose of “merger” and electing members of its executive committees, other governing bodies or nominating candidates for any of the elective offices specified under this Act.

Recall that the Niger State Governor had on Monday take over the leadership of the APC, claiming he has the backing of President Buhari.

Confirming the change of leadership, Governor Nasir El-Rufai of Kaduna State said Buni who is on a medical trip in Dubai had been removed and won’t return as chairman.

El-Rufai accused the Yobe governor of widening crisis in the party, claiming that those loyal to Buni had obtained a court order to stop the APC convention from holding.

Also, Governor Rotimi Akeredolu of Ondo State had accused Buni and some ‘yahoo yahoo‘ governors of trying to destroy the APC.

Backing Buni, Governor David Umahi of Ebonyi State had said the Yobe governor will return as the party chairman after his medical trip.

Speaking to his supporters, the embattled governor insisted that there was no crisis in the ruling party.

How Abba Kyari Negotiated The Release Of 25kg Of Cocaine

The National Drug Law Enforcement Agency (NDLEA) has established that Abba Kyari, the suspended Head of Police Intelligence Response Team, is a member of a known drug cartel that runs the illicit drug pipeline between Brazil and Ethiopia and Nigeria. On Monday, February 14, 2022, the agency announced this at a news conference in Abuja. […]