Father Ejike Mbaka, Spiritual Director of Adoration Ministry, Enugu (AMEN), has raised an alarm after the Department of State Services purportedly issued him another invitation (DSS).

Mbaka, who broke down in tears during his church’s New Year service on Sunday, told the audience that he had received another invitation from the Service a few months after DSS officers invaded the Adoration Ground in June 2021 to deliver a letter of invitation to him.

Mbaka, who pleaded with his followers to pray for him because he didn’t know what crime he had committed to deserve the invitation, said the DSS invitation was given by a “unknown individual” who invited him to another round of interrogation.

“An anonymous person brought a letter here inviting me to the DSS last year. Now, another anonymous has brought another letter from the DSS. Please, you must keep praying for Fr Mbaka,” he said.

Describing the Adoration Ministry as an answer to the prayers of the Catholic Church over the years, Mbaka said all he does is to pray to God to intervene in the affairs of Nigeria.

“If the Pope sees what is going on here, he will go to any length to protect it. Forget about what people are saying. Mbaka may not be the best, but God is using him to glorify his name.

“Look at the hundreds of thousands of people who are gathered here just to worship God in the Catholic Church.

“Anyone who is working against this kind of gathering must be a Satan incarnate. That person must be doing a special work for the devil,” he added.

Problems Of Getting Admission In Nigerian Universities

The problems of access to University Education has become a serious issue in the country as a result of increase in population and the increasing understanding of the role of education in the development of individuals and the society. Access is therefore has to do with seeking the opportunity to receive University Education. But getting […]

Nnamdi Kanu, the leader of the Indigenous People of Biafra, has appeared in the Federal High Court in Abuja to continue his case. At around 8 a.m., Kanu was driven to court in a black sport utility vehicle. Journalists and court employees were barred from accessing the building. The location has been encircled by a […] 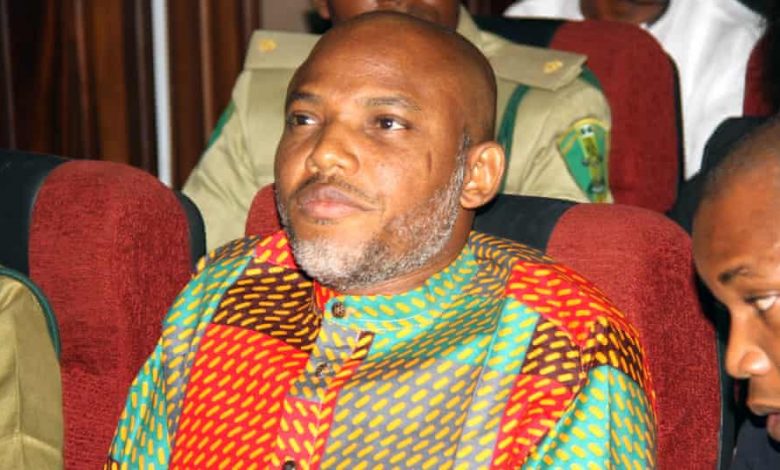 The embattled leader of the Indigenous People of Biafra (IPOB), Mazi Nnamdi Kanu has not been removed or replaced, his family has said.

It was claimed that Kanu had been replaced with one Sofia Chinyere Kalu as the new leader of the Biafra group in the United Kingdom.

According to reports, Kalu who is the group’s Financial Secretary in the UK had reportedly taken the position of Kanu, who is currently in the custody of the Department of State Security Service, DSS.

This development was confirmed by a separatist who manages IPOB and Radio Biafra Community Interest Companies (CIC) Registry in London, UK, Ezeji Chukwuma and a self-styled disciple of Kanu, Simon Ekpa.

Reacting to the reports, the brother of the IPOB leader, Kingsley ‘Kanunta’ Kanu denied claims that his elder brother had been removed from his position.

In a tweet via his Twitter handle on Friday, Kanunta said Mrs Kalu has not been appointed as the new leader of the proscribed group as widely reported.

He wrote: “#MaziNnamdiKanu is the ONLY leader of the Indigenous People of Biafra (IPOB).

“We should learn to address issues and not to create one because we’ve lost men in this struggle and we are still losing men.

“A butterfly can never call itself a bird. Biafra is a spirit.”