Men cheat more than women because they have stronger sexual impulses than their female counterparts, a new study suggests.

Previous research has suggested that men are more likely to be unfaithful because they have less self-control, according to researchers from the University of Texas at Austin who published their work in the Personality and Social Psychology Bulletin.

The first study consisting of 70 men and 148 women asked participants to describe an instance when they were attracted to someone who was “off-limits.” Then they rated the strength of their attraction and sexual desire for that person as well as their attempts to control that desire by responding to questions like “I exerted myself to resist the desire/impulse” or “my behavior clearly indicated that I was acting on the desire/impulse.”

Men were more likely than women to report acting on the inappropriate attraction, but did not exhibit weaker attempts to control their desire than women. Instead, men pursued other women because of their greater sexual impulses, researchers found.

“Men have plenty of self-control — just as much as women,” Paul Eastwick, co-author of the study, said in a statement. “However, if men fail to use self-control, their sexual impulses can be quite strong. This is often the situation when cheating occurs.”

In the second study, 600 undergraduate students (326 men and 274 women) played a computer game where they were instructed to accept or reject a photo of the opposite sex by controlling a joystick. The participants could not base their responses on personal feelings, meaning they may have been forced to “accept” an individual generally perceived as unattractive or “reject” a candidate who was generally thought to be attractive.

Men actually displayed greater control than women, but had a stronger impulse (indicated by longer response times) to say “yes” to candidates that they found desirable.

One explanation for men’s poor performance is that gents pay more attention to the physical attractiveness of the opposite sex. As a result, men are more likely than women to be “impulsively drawn to attractive targets” even though men “do not possess worse control over their attention.”

The authors also point to an evolutionary reason for men’s behavior. According to the study, sexual impulses have an older evolutionary origin than self-control, which may have evolved more recently — in the last 50,000 years — as a way to control sexual urges that could have “threatened Homo sapiens’ ability to comply with cultural norms and serve as valued group members.”

In other words, men have always had stronger sexual impulses than women, but developed the ability to control these desires so they wouldn’t, say, have sex with a married woman and then be cast out of society.

Russia-Ukraine Conflict: What It Means For Africa, and Nigeria 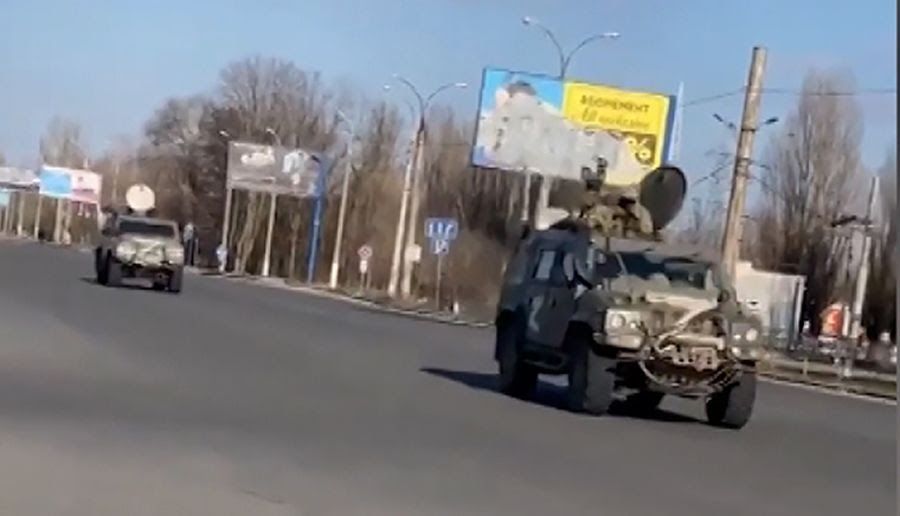 By: Samuel Agbelusi On 21 February 2022, the Russian Federation Council unanimously authorised Putin to use military force outside Russia’s borders. Two days later, Russia launched a large-scale invasion of Ukraine, its neighbour to the southwest, marking a dramatic escalation of the Russo-Ukrainian War that began in 2014. Putin announced a ‘special military operation’ in […]

The post Russia-Ukraine Conflict: What It Means For Africa, and Nigeria appeared first on NEWS.

JUST IN: Orji Kalu opens up on ‘Conspiracy’ against Buni, plot to scuttle APC Convention

Former Abia state governor and Senate Chief Whip, Orji Uzor Kalu has reacted to reports that he is part of a conspiracy against the chairman of the Extraordinary caretaker committee of the All Progressives Congress, APC. In a statement on Saturday, Kalu denied being against Buni or being part of any plot to scuttle the …

Nnamdi Kanu, the leader of the Indigenous People of Biafra (IPOB), has asked the Federal High Court to dismiss the claimed charge of treasonable felony brought against him by the Federal Government. The secessionist agitator pleaded not guilty to the new allegations against him, which included seven counts. He pointed out that the single element […]