The Vice President of Nigeria, Professor Yemi Osinbajo has described President Muhammadu Buhari as a leader who promotes religious tolerance.

According to Osinbajo, though Buhari is a very committed Muslim, he understands and promotes religious tolerance.

The Vice President added that the religious tolerance of President Buhari is easily exhibited in the relationship between the two of them as they have not had any problem working together since coming into leadership in 2015.

The spokesperson for Vice President Osinbajo, Mr. Laolu Akande in a statement on Sunday, quoted his principal to have made the submission when he received the Senegal-based Grand Khalifa of Tijjaniya movement, Sheikh Mahi Ibrahim Niass.

“President Buhari is a serious Muslim and I am a pastor, both of us have worked together for about 7 years, we have not had any issues,” he said.

“The President has shown great leadership, he has shown that he wants a country where people of different faiths live in harmony and with love for one another.

Furthermore, Prof Osinbajo was quoted to have emphasized the need to promote religious tolerance and ensure the people of the country and Africa at large, live together in harmony despite having different religions.

“We must use our faiths to promote peace and prosperity for our people. We need to work together to ensure that our people benefit from religion,” he added.

“We tend to underestimate the importance of religion even though it plays a key role in the development of the society, not just in the spiritual aspect but physical.

“There are many nations of the world that have benefitted from the impact of religion both spiritually and physically. So, we must use religion in our countries (in Africa) to help our people to live better lives because, in other parts of the world, leaders of faith have used religion to better the lives of the people.

“No matter what the situation may be, we in Africa must be able to sit together and talk. We must never allow situations where we cannot sit together.

“With what is going on across the world, people of faith must continue to emphasize that both major religions (Islam and Christianity) promote peace and we must allow our people to practice whatever religion they want to practice.”This article was originally published on Nigeria News

Chief Willie Obiano, the governor of Anambra state, and the Governor-Elect, Professor Charles Chukwuma Soludo, may have disputed on the size of the budget for the inauguration and handover on March 17, 2022. The government has set out N500 million for the scheme, which would include the production of personalized clothing, caps, banners, T-shirts, and […]

BREAKING: Police re-invite Sowore, May be remanded in Prison [DETAILS] 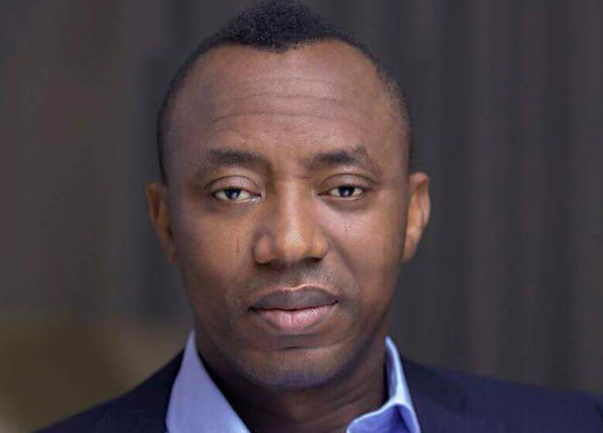 Popular activist and Publisher, Omoyele Sowore has been re-invited by the Nigerian police over allegations of defamation. Sowore was arrested and detained at the dreaded SARS ‘abbatoir’ police station in Abuja after stepping out a federal high court where he had gone to witness a case. He was released shortly. However, on Friday, He raised …

Hunters Kill Lion In Sambisa Forest, Reveal Where It Came From

Hunters in Sambisa Forest at the Konduga Local Council of Borno State have killed a lion. The lion reportedly came from the Waza Game Reserve of Cameroun before it was caught and killed by the hunters on Tuesday March 15. The Director of Forestry and Wildlife, Ministry of Environment, Borno, Mr Peter Ayuba, confirming the […]