A coalition of Yoruba Self-Determination Groups in the South West region of Nigeria are protesting against increasing insecurity in the region.

Some youths and elderly belonging to different groups within the coalition held a peaceful protest on Monday in Ibadan, the Oyo State capital.

The protesters lamented over killings, kidnappings, rape and destruction of property in the region, agitating that they must stop.

They said what happened in Owo, Ondo State, was an affront to the Yoruba race.

The Secretary-General, Coalition of Yoruba Self-Determination Groups, Chief Steve Abioye, while addressing protesters at the Oje area of the city, urged Yoruba people to wake up and protect themselves from being slaughtered daily by bandits.

The coordinator of the coalition, Johnson Ajilore, lamented that Yoruba land had been under siege but argued that the people were now determined to defend themselves, and not give in to being killed again.

Also, one of the children of late Pa Adekunle Ajasin, Tokunbo, who was part of the protest, said it was time for the Yoruba people to defend their land.

The Peoples Democratic Party (PDP) in Lagos State on Sunday demanded the cancellation of the House of Assembly and House of Representatives primaries in the state over alleged irregularities. The PDP Chairman in Lagos, Philips Aivoji, made the call at a media briefing he addressed alongside other members of the party’s executives committee in the […]

The Nigerian Railway Corporation (NRC) has said 21 passengers are still unaccounted for following the attack on an Abuja-Kaduna-bound train about a week ago. This is according to a statement issued on Sunday by the Managing Director of the NRC, Fidet Okhiria “From the last Press Release, we confirmed that 4No. Coaches (SP 00004, … END_OF_DOCUMENT_TOKEN_TO_BE_REPLACED 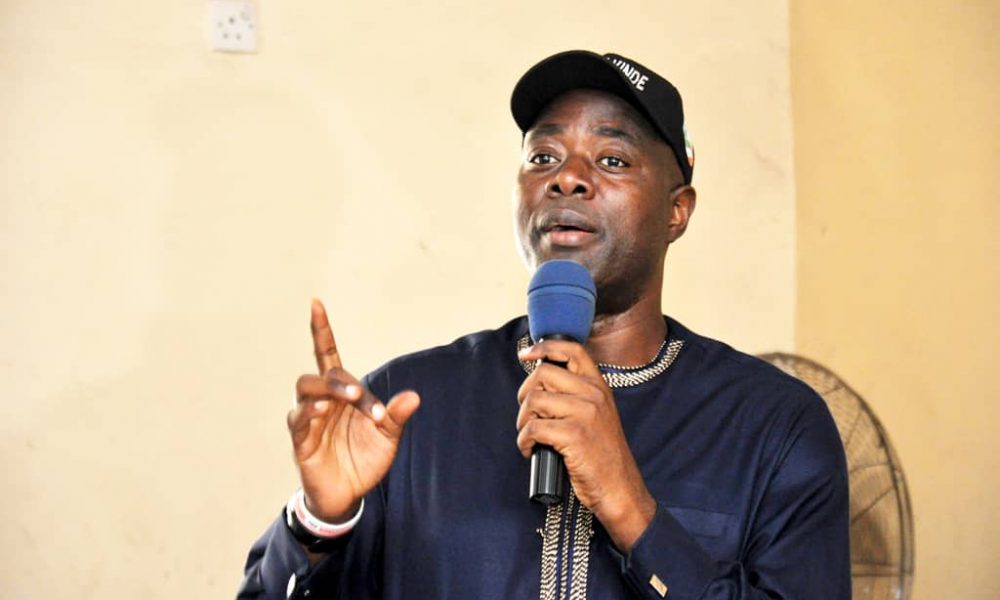 Governor of Oyo State, Seyi Makinde has assured residents of his state that their votes will count in the 2023 general elections.

While encouraging them to fully participate in the forthcoming exercise, Makinde urged them to act in the interest of Oyo State and Nigeria as their decision will determine what happens in the next four years.

Naija News understands that the Governor stated this on Sunday while speaking at the church service marking the beginning of the 2022 Ibadan Cultural Festival Week’ held at the St. Peters Anglican Church, Aremo, Ibadan.

Makinde also admonished clerics and residents of the state to continue to pray for his administration.

He said: “Let me also use this opportunity to inform those who have been praying for our administration not to relent. INEC timetable is out and it is about time we took the decision on the direction where we want Oyo State and Nigeria to face for the next four years.

“I want to urge us to take our stand and not think our votes would not count this time around. What I know is, there will be changes. Gone are the days that some people will falsify election results at collation centres. So, be vigilant and participate in the electoral process because if you don’t participate, you won’t be bold to ask how the processes have gone.”

According to him, if his administration had not resolve the crisis surrounding the Olubadan stool, the ancient city will continue to experience the same challenges each time a new Olubadan is to be installed.

“Yes, it took us some time to install the new Olubadan of Ibadanland. If not for the challenges we faced, the Ibadan traditional system is such that the process of installation would take only one or two weeks. And when we critically looked into those challenges, we discovered that if we did not resolve them just as we have done, we will continue to experience the same challenges every time we have to install Olubadan.

“So, with your support, we have been able to put Ibadan’s traditional system back on track.”