The Peoples Democratic Party (PDP) has set up a committee and fixed Thursday to screen its vice presidential candidate for the 2023 presidential election.

Naija News had earlier reported that a committee set up to recommend Atiku Abubakar’s running mate had voted in favour of Governor Nyesom Wike of Rivers State. It was gathered that Governor Ifeanyi Okowa of Delta State and Governor Udom Emmanuel came second and third respectively in the vote. In a statement on Tuesday night, the National Publicity Secretary of the PDP, Debo Ologunagba, said the new committee to screen the vice-presidential candidate was pursuant to Part VI, Paragraph 14 of the the Electoral Guidelines of the Party. According to the opposition party’s mouthpiece, the National Working Committee (NWC) has approved the nomination of the Party members to serve on the Vice Presidential Candidate Screening Committee for the screening/verifying of the nominated Vice Presidential Candidate of our Party for the 2023 general elections. He said the screening exercise will hold at the National Secretariat of the party in Abuja on Thursday, June 16, 2022. The committee is expected to be chaired by Tom Ikimi, with other members as Capt. Idris Wada (rtd), Osita Chidoka, Rt. Hon. Binta Bello, Austin Opara, Prof. Aisha Madawaki and H.E. Fidelis Tapgun. 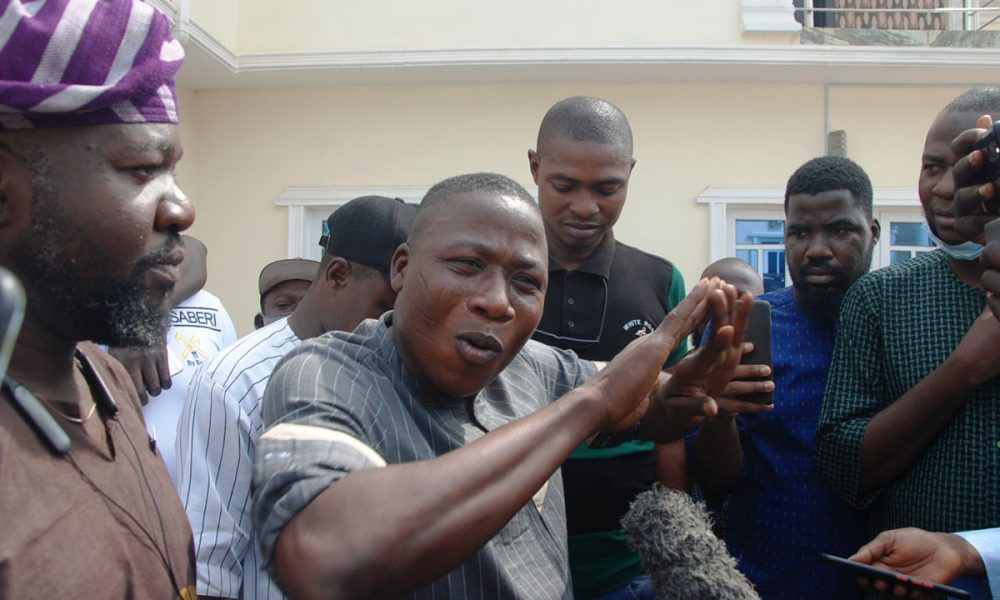 Yoruba nation activist, Sunday Adeyemo, better known as Sunday Igboho, has resumed discussion on the actualization of the Yoruba Nation.

Naija News recalls that Igboho was conditionally released from Cotonou prison on March 7 after spending over two hundred days in detention on the accusation of criminal association.

He was initially arrested in Benin while attempting to board a flight for Germany.

The activist had demanded independence for the Yoruba race following killings and unrest in the South-West region which is attributed to Fulani herders.

Igboho’s actions prompted President Muhammadu Buhari-led government in connection with security agencies to attempt to arrest him while in Nigeria.

However, three days after his release from the Benin Republic prison, Sunday Igboho believed Yoruba can achieve self-determination “without firing a bullet”.

Naija News understands that the activist was quoted as saying this in a statement by one of his counsels, Chief Yomi Alliyu (SAN).

Igboho has also urged his supporters, especially his kinsmen at home and in the diaspora to embrace dialogue in their quest for self-determination without heating the fragile situation in Nigeria.

The activist had in a viral video clip earlier, prayed against war.

Igboho has maintained his call for peace considering the current situation in Europe involving Russia and Ukraine.

He also expressed displeasure with the unrest in the South-East of Nigeria.

Igboho again, thanked all his supporters, leaders, and President of the Republic of Benin, Patrice Talon, over his release from prison.

The statement read, “Sunday Adeyemo a.k.a Igboho Oosa thanked all that are supporting him, especially his leaders, Baba Prof. Akintoye and Baba Prof. Wale Adeniran and all Nigerians especially his people in Ilana Oodua and affiliates seeking self-determination.

“He continues to preach against war seeing what is happening in Ukraine and some parts of Igboland in Nigeria. He implored all, especially his kinsmen at home and in the diaspora, to embrace dialogue in their quest for self-determination without heating the very fragile situation in Nigeria.

“He believes that their ambition will be achieved without firing a bullet as he used to say at rallies.

“He appreciates Chief Dele Momodu being the only Yorubaman of note that came to visit him in Cotonou prison. He remains grateful to the President of the Republic of Benin, President Talon, for releasing him from prison to unite him with members of his immediate family, albeit only in Cotonou for the time being.

“He assures all those in support of peaceful self-determination through a referendum that the struggle continues as she will not relent in his efforts in that regard.

“He pledged his eternal loyalty and respect to Chief Yomi Alliyu SAN who though an extreme Buharist and a nationalist who does not believe in the Balkanisation of Nigeria, exhibited extreme professionalism in taking up his case with DSS without a kobo and winning it with landmark award of #20.5billion dollars!”

Ukrainian authorities have charged a Russian soldier for alleged sexual assault of a woman who husband was murdered in the early days of the invasion of the country by Russian troops. Ukraine’s Prosecutor General, Iryna Venediktova, who confirmed this on Tuesday, said the soldier, Mikhail Romanov, was due to stand trial in a landmark since […]

JUST IN: Orji Kalu opens up on ‘Conspiracy’ against Buni, plot to scuttle APC Convention

Former Abia state governor and Senate Chief Whip, Orji Uzor Kalu has reacted to reports that he is part of a conspiracy against the chairman of the Extraordinary caretaker committee of the All Progressives Congress, APC. In a statement on Saturday, Kalu denied being against Buni or being part of any plot to scuttle the …