Villagers of the Ogbaru community have taken a bold step against the constant attack and have evicted all herdsmen residing in the state.

Ogbaru Local Government area has been under the constant attacks of herder and Fulani People due to their outrageous number in the state, cases of kidnapping, destruction of crops and farm produce by these herdsmen have been reported several times. All communities under the local government area also joined suit and have fought against infringement of their human right.

In a video that was sent to BEST NEWS NETWORK, thousands of cattle were seen being moved out of the local government by the herders.

When Mr. Arinze Awogu, the chairman of the Committee was contacted, he revealed that Villagers of the Ogbaru community evicted all the herdsmen residing in the community because of their criminal acts.

He also revealed that there were meetings and discussions between the herders and villagers to allow peaceful exit, which they were all given an ultimatum till midnight on Sunday.

“You Are An Ingrate, I Helped You Become CBN Governor” – Andy Uba Roasts Soludo

The feud caused by the Upcoming Anambra election is getting heightned day by day, Andy Uba Roasted Soludo tagging him an ingrate, earlier today. Recall that, the Anambra Governorship election is set to hold on November 6, but the current travails and issues surrounding, may seem not feasible. The members of the Indigenous People Of […] 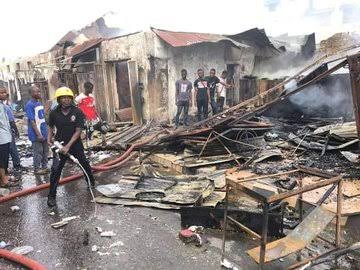 Governor Ben Ayade of Cross River State has revealed why, unlike other Southern states, he will not sign the anti-open grazing law. According to Ayade, the anti-open grazing legislation that has already been approved in some states could lead to civil war in Nigeria. The governor, who referred to herders as his brothers, cautioned that […]