The Governor of Rivers State and Presidential aspirant of the Peoples Democratic Party (PDP), Nyesom Wike, has urged Anambra PDP delegates not to waste their votes on some that cannot win the primaries.

Best News Network reports that the governor stated this when a paid a visit to the state delegates as part of his consultations ahead of the opposition party’s primaries on Saturday.

In what many has interpreted as a dig on former Anambra governor Peter Obi, Wike said he is the only one with the capacity to wrestle power from the All Progressives Congress (APC) in 2023.

“I didn’t come here to teach you about economy of Nigeria, that’s theory and not for people like you here, it doesn’t work that way” “…you are far from what we are talking about,” he said.

Wike also warned that if the party cannot defeat the ruling APC at the polls, it might go into extinction after the 2023 general election.

The Rivers governor denied reports that he is running so as to emerge as running mate to another candidate.

He added, “When you see somebody who wants to run for election, you will know. I am not running for election to be vice president to anybody.

“I didn’t collect any form that if I don’t win, I will go to the Senate. I am not going anywhere. The only thing is that I will run and I will win is the presidency of this country.” 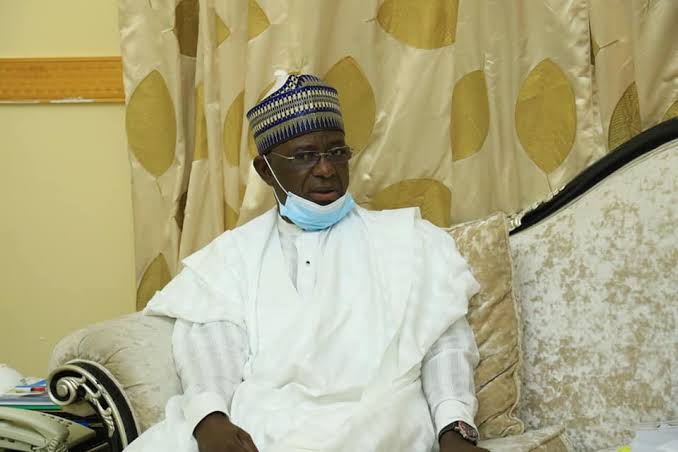 A former Minister of Works, Ibrahim Musa Kazaure on Thursday noted that he is part of politicians in the country who ought be jailed over the manner in which they served the country.

Kazaure made this claim on a Radio France International programme.

The former minister who accused politicians who served since 1999 of failing the country said, “Even me talking to you, what we did to Nigeria, we deserve to be jailed.”

According to Kazaure, the level at which funds have been stolen in the country is on a high level and Nigerians suffer the cause.

Kazaure who was the former Nigerian ambassador to Saudi Arabia said no sector in the country is doing well despite the human and material resources in the country.

The former minister while speaking said, “I used to say, I, Ibrahim Musa Kazaure, we have cheated Nigeria and her poor masses. To tell you the truth, we are all the same. What we did during our time wasn’t what we should have done because some of us got the opportunity and some didn’t.”

“Not (just) this government, all of us have done nothing. If we have done something, Nigeria wouldn’t be the way it is today because we have the money and manpower but see what these small countries have turned to. They have become tourist sites to Nigerian. It’s shameful.

“It is in Nigeria that the education system is still going on strike. Then when are we going to develop? I am not going to occupy any seat in Nigeria even if they will give me for free. Whatever position one will offer.

I will not rest until peace returns to Nigeria – Buhari

President Muhammadu Buhari on Monday promised to restore peace in troubled parts of the country before the end of his tenure in 2023. Buhari, who stated this during the 58th anniversary celebration of the Nigeria Air Force (NAF) in Kano, said his administration’s investment in NAF had helped to reduce the menace of the Boko […]

The post I will not rest until peace returns to Nigeria – Buhari appeared first on Latest Nigeria News | Top Stories from Ripples Nigeria.

One dead, dozens injured in Shi’ites, Police clash in Kaduna

The Kaduna State Police Command spokesman, ASP Mohammed Jalige, has confirmed that one person was killed while dozens of others were injured following a clash between members of the proscribed Islamic Movement in Nigeria (IMN), popularly known as Shi’ites, and the police on Friday. Jalige in a statement on the incident, said it happened when […]