The European Council on Thursday granted Ukraine and Moldova candidate status in the European Union.

The European Council President, Charles Michel, announced this in a statement issued after a meeting by leaders of the EU’s 27 member states in Brussels.

Ukrainian leaders have been pushing for membership of the regional political and economic bloc since the February 24 invasion of the country by Russian troops.

The European Commission had last week recommended the candidate status for Ukraine to pave way for its membership of the bloc.

The statement read: “The European Council recognises the European perspective of Ukraine, the Republic of Moldova and Georgia. The future of these countries and their citizens lies within the European Union.

“The European Council has decided to grant the status of candidate country to Ukraine and to the Republic of Moldova.

“The Commission is invited to report to the Council on the fulfilment of the conditions specified in the Commission’s opinions on the respective membership applications as part of its regular enlargement package. The Council will decide on further steps once all these conditions are fully met.

“The progress of each country towards the European Union will depend on its own merit in meeting the Copenhagen criteria, taking into consideration the EU’s capacity to absorb new members.”

I Don’t Believe Buhari Has Endorsed Adamu, I Remain In The Race For APC Chairmanship – Al-Makura 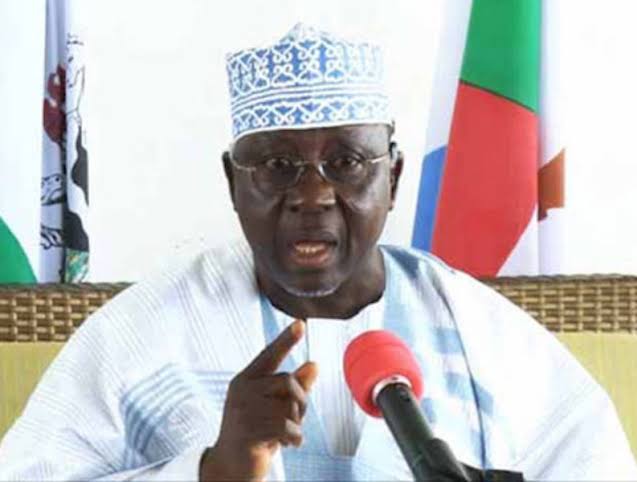 A former Governor of Nasarawa State, Senator Tanko Al-Makura has declared he would not be withdrawing from the race to become the National Chairman of the All Progressives Congress (APC).

According to Al-Makura, he can’t withdraw from the race simply based on speculations that President Muhammadu Buhari has endorsed Senator Abdullahi Adamu.

Naija News recalls earlier reports have claimed the President has endorsed Adamu for the position and has refused to change his mind despite pressures from some Governors.

But Al-Makura on Sunday declared to journalists in Abuja that there is no authoritative source that can confirm Buhari has endorsed Adamu or any other person for the job.

“The sources of information were not authentic. They were not genuine. And I know what Mr. President stands for, he always stands for what is right and due process. And unless I have an authoritative source of information that is clear. I still have my doubts. I have many avenues through which I can reach Mr. President and people around him.

Al-Makura who currently represents Nasarawa South Senatorial District in the upper chamber of the National Assembly also boasted that he has no record that will make him fail any security check for the APC chairmanship job.

Asked about the probability of failing security checks, he replied: “Thank you very much, I don’t think so. I discharged my responsibility as governor, to the best of my ability, and as I speak, there’s no single petition against me, or any case that has to do with my propriety or otherwise.”

Just In: Asiwaju Tinubu Is In Distress – Okorocha Opens Up

A former Governor of Imo state, Rochas Okorocha has attacked the National leader of the All Progressives Congress, APC, Bola Ahmed Tinubu over his 2023 Presidential ambition. Okorocha, during an interview on Arise TV, disclosed that Tinubu was in ‘Distress’ adding that he was acting like the 2023 presidency should be given to him as […]

A former member of the All Progressives Congress, Adamu Garba, has dropped his 2023 presidential ambition. Garba dumped the APC over the exorbitant N100 million the party charged for the presidential nomination and expression of interest forms. He later joined the Young Progressives Party (YPP) and picked up the party’s forms. The politician announced his […]