The African Action Congress (AAC) presidential aspirant, Omoyele Sowore, on Monday dismissed insinuation he planned to force his way into the presidency through the RevolutionNow movement.

Sowore, who featured in an interview session on Clearview TV on Monday, identified bad leadership as Nigeria’s major challenge and promised to change the narrative.

The activist stressed that he joined partisan politics to change the status quo pushed in the country.

He described the current set of leaders in the country as unapologetic oppressors who had resurrected all sorts of agencies to protect and keep themselves in power.

The activist was detained for several months by the Federal Government in 2020 over a planned anti-government rally in the country.

He was later arraigned at the Federal High Court, Abuja, on treasonable felony charges.

Sowore said: “It is not possible to bulldoze my way into the presidency. I don’t have a plan to stage a coup or take over the government by any forceful means. What I have done is to use peaceful agitation to fight for what’s wrong in our society. And it’s natural that those who want to keep the stinking status quo running will always be overzealous.

“The current set of leaders in Nigeria has held the country to ransom for close to 62 years now. From the beginning of time, these people create the security agencies to keep them in power, to protect their interests against the will of the state. They were meant to oppress and suppress any form of agitation that will change the cause of history for good.”

The Sahara Reporters publisher noted Nigeria found itself in this precarious position due to a lack of sincere leaders at the helm of affairs.

“In leadership character is important. As an activist and a publisher of one of the foremost newspapers in Nigeria, I have never been accused of corruption. And this has been my way of life,” he added.

President Muhammadu Buhari on Thursday night hosted that National leader of the All Progressives Congress, Bola Tinubu and other founder fathers of the party. The President continues his consultation with stakeholders of the party ahead of the party’s national convention on the 26th of March. The first Interim Chairman of the party, Bisi Akande, the […]

Former Deputy Senate President, Senator Ike Ekweremadu has said he is not backing down from the Enugu State 2023 Governorship race. Naija News understands that the lawmaker was reacting to calls from stakeholders in the state urging him to respect an existing zoning arrangement. Ekweremadu, however, said he was not aware of such arrangements, hence […]

Lekan Balogun Reacts To His Coronation As New Olubadan 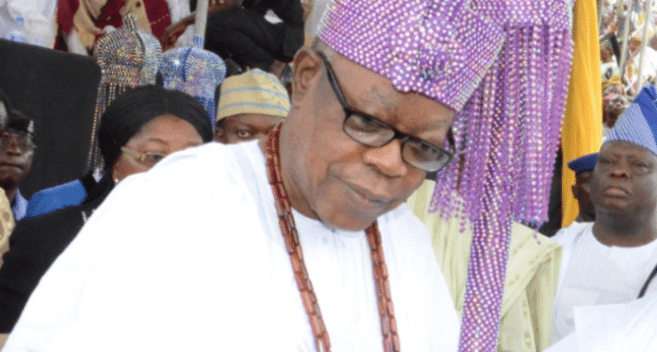 The newly-crowned Olubadan of Ibadan, Oba Olalekan Balogun, has promised to work for the growth and development of Ibadan and Nigeria in general.

Oba Balogun made the promise on Friday during his installation as the 42nd Olubadan of Ibadanland at Mapo Hall in Ibadan, the state capital.

Speaking after his installation, the monarch also vowed not to let the people of Ibadanland and Nigeria down during his reign as the Olubadan.

Balogun, who succeeds Oba Saliu Adetunji who died on January 2, 2022, said Ibadanland will know peace during his time as the new Olubadan. 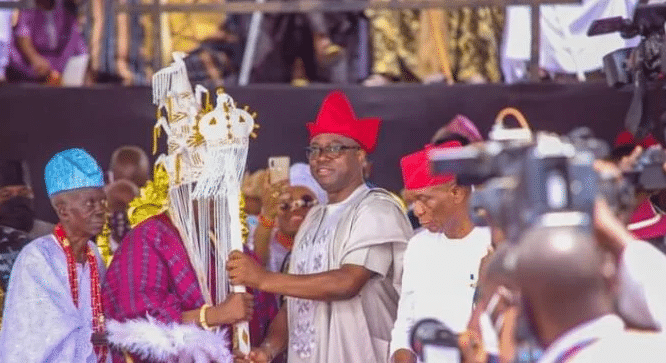 He particularly commended the Alaafin of Oyo, Lamidi Adeyemi; Ooni of Ife, Adeyeye Ogunwusi; Sultan of Sokoto, Muhammadu Sa’ad Abubakar and other the traditional rulers present at the event.