American socialite, Kim Kardashian in a recent episode of Hulu’s The Kardashians, revealed that she was prepared to walk down the aisle for the fourth time.

The reality TV star who recently concluded her divorce with American recording artiste, Kanye West is currently in a relationship with comedian Pete Davidson.

The mother of four speaking on her family show mentioned that she wants one more wedding after getting married and divorced three times.

“I believe in love,” the 41-year-old says while engaging in a conversation with her mother Kris Kardashian.

See also  IPOB dissociates self from kidnap of herdsmen in S’East, says ‘we’re not kidnappers, terrorists’

She adds: “That’s why, hopefully, there will be just one more wedding for me. Fourth time’s the charm!”

Watch the clip below.

Quantity of currency in circulation in the country dropped by N4.59bn to N3.24 trillion in March from N3.25 trillion in February 2022. The Central Bank of Nigeria (CBN) disclosed this in its updated Money and Credit Statistics on its website on Tuesday. In January, the apex bank reported that there was N3.29 trillion in Circulation. […]

I Have Only Kissed 4 People In My Entire Life Because If I Kiss You, Then You Must Date Me – Blessing CEO

When you kiss someone, it gives you an eccentric feeling and sets off fireworks in your body and mind. It is an extremely intimate act that means several things, like a form of greeting, a sign of affection, an apology and more. A simple kiss can do wonders for you and your partner in a […] 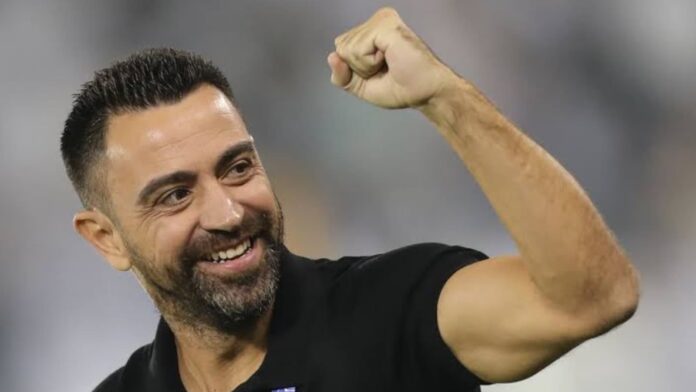 The manager of La Liga side, Barcelona, Xavi Hernandez has released the full squad list to play against Galatasaray in the Europa League round of 16 first-leg tie today (Thursday).

Recall that Barcelona eliminated Napoli to qualify for the Europa League last-16.

The La Liga side head to the game following a 2-1 win over Elche.

The kick-off time for the game is 9 pm.