The spokesman for the state police command, DSP Daniel Ndukwe, who disclosed this in a statement on Wednesday in Enugu, said the victims were rescued from a forest at Okpatu community in the area.

Ndukwe said the Forest Guard and Neighborhood Watch personnel assisted the police in the rescue operation.

He said: “The seven persons included a couple, alleged to have been abducted by unidentified armed men while they went to pray at one ‘Mount Calvary’ located in a forest at Awhum community of the same Udi LGA.

The spokesman said that security surveillance had been mounted in the area.

“The Command has launched a discreet investigation to fish out the perpetrators,” he added. 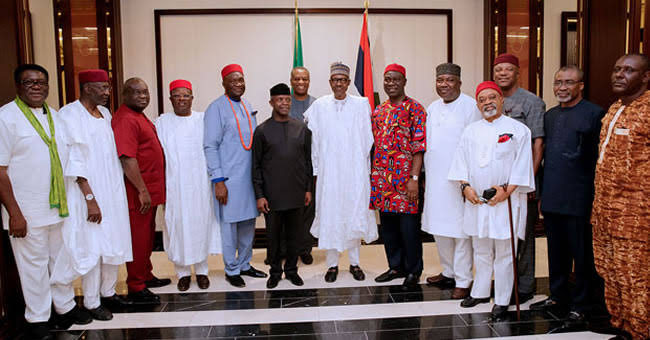 Southeast traditional rulers and religious leaders have urged President Muhammadu Buhari and state governors to grant audience “as requested” so that all hands can be on deck towards restoring peace and security in the region. Speaking on the presidency’s handling of insecurity in the zone, the leaders in a joint statement under the aegis of …

The Senate has mourned those killed in an explosion at the site of an illegal refinery in Abaezi community in Ohagi-Egbema Local Government Area of Imo State. Lawmakers in the Senate reached the decision following a point of order raised by the member representing Imo West senatorial district, Senator Rochas Okorocha, during the plenary … END_OF_DOCUMENT_TOKEN_TO_BE_REPLACED

Russia is currently attacking the northern and southern borders of Ukraine through artillery fire and land invasion. The border guard service while revealing the development on Thursday added that Ukrainian forces are returning fire. According to the guards, the Russian forces are receiving support from Belarus, adding that an attack has been launched from Crimea, […]