The Oyo State Deputy Governor, Rauf Olaniyan, on Tuesday asked the State High Court, Ibadan, to restrain the State House of Assembly from going ahead with the impeachment plot against him.

The House had two weeks ago initiated an impeachment move against Olaniyan for dumping the Peoples Democratic Party (PDP) for the All Progressives Congress (APC).

In a letter of impeachment served the deputy governor by the House, the lawmakers accused him of financial recklessness, gross misconduct, and insubordination among others.

In his response to the allegations, Olaniyan accused the lawmakers of carrying out Governor Seyo Makinde’s agenda.

In a suit filed by his counsel, Chief Afolabi Fashanu (SAN), the deputy governor urged the court to declare the move as null and void. 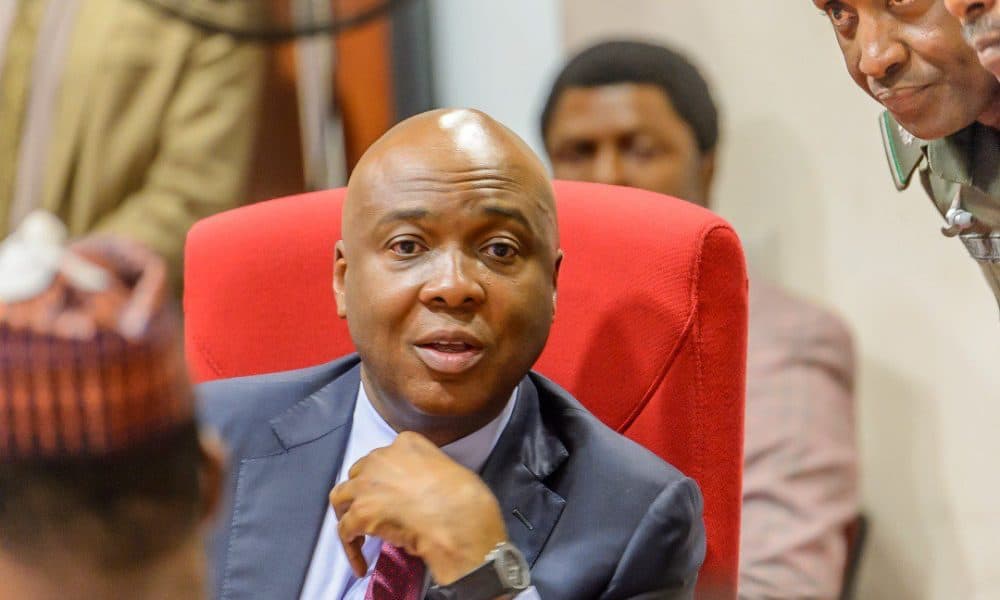 Former Senate President, Bukola Saraki, has asked ministers and other political appointees to resign from their positions before seeking electoral offices in the 2023 elections.

He stated this while speaking to newsmen on Saturday after a meeting of the National Youth Leader of the PDP with the Zonal and State Youth Leaders at the Party’s National Secretariat in Abuja.

Saraki also knocked President Muhammadu Buhari for asking the National Assembly to remove section 84 (12) of the recently signed Electoral Act which stops government appointees from engaging in party conventions and congresses to elect new leaders or candidates, without resigning.

While insisting that the issue of resignation shouldn’t be up for discussion, the former Senate President described as selfush those that want to remain in power and contest elections

“If you want to contest, for heaven’s sake, go out, resign and go and contest? Why would you stay in political office? It’s even wrong for us to be debating it. It is so selfish.

“If you truly want to represent this country, why do you have to remain in political office? Step out and contest. And if we are talking about youths, we’re talking about people having an opportunity. What chance does a 25-year-old young man or woman have against somebody who’s a director in a government agency? We should not encourage things like these.”

2023: When I Reflect On My Govt’s Policies, I Get Confident Nigerians Will Back APC, Says Buhari

President Buhari Thursday received Senator Abdullahi Adamu, the newly-elected Chairman of the governing party, the All Progressives Congress, APC, giving assurances to the party and the nation that he will continue the struggle to entrench democratic principles in politics and the affairs of governance. “Today, we should all be happy that the party has … END_OF_DOCUMENT_TOKEN_TO_BE_REPLACED

Bello El-Rufai, the son of Kaduna State Governor, Nasir El-Rufai, has won the All Progressives Congress (APC) ticket for the House of Representatives in Kaduna North Federal Constituency. Bello, whose campaign group announced the victory on its verified Twitter account on Friday, thanked his supporters and assured them of his readiness to contest in 2023 […]