The Labour Party presidential candidate, Peter Obi, has denounced the campaign strategy adopted by one of his support groups.

The group in question printed the ex-Anambra governor’s image on Muslim prayer mats in a bid to sway voters to his side as the 2023 electioneering campaigns gathered momentum.

Obi, who reacted to the development on his Twitter page on Friday, described the act as misguided.

He wrote: “Even with the best of intentions. It didn’t emanate from my campaign team. I have deep respect for the Muslim faith and indeed, for every other religion.

“We will never mock any faith, ethnicity or gender. We are one Nigeria. – PO.”

2023: We Must Not Forget How APC Was Formed – Tinubu Sounds Note Of Warning 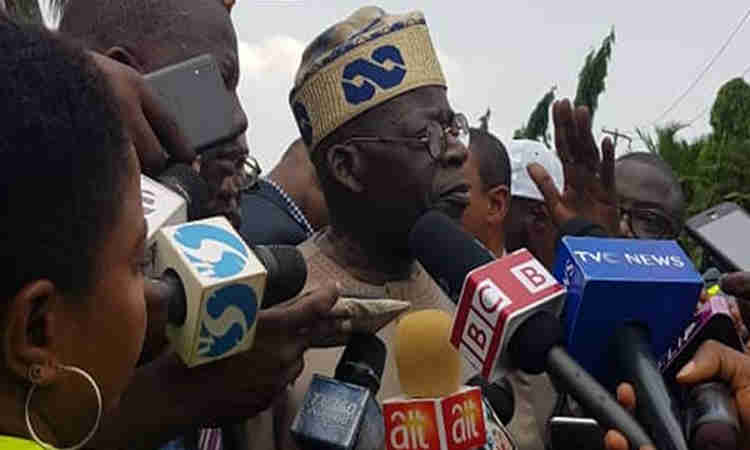 Tinubu in a personally signed statement sent to Naija News on Thursday said APC must not be allowed to become like other parties.

He commended all those working for the good of the party and urged them to keep the collective goal in mind.

According to Tinubu, the APC must not be allowed to go the way of other political parties in the country.

“Recently, President Buhari made a characteristically concise and important statement regarding the strength and purpose of our political party, All Progressives Congress,” he said.

“He underscored the need for the party to perfect its internal processes so that it keeps faith to the progressive purpose for which it was founded: to bring forth a better society through just and compassionate good governance.

“While the election season is upon us and politics begins to acquire a heavy intensity, we must never lose sight of this higher purpose, this greater good. Like the president said, we all must recall how progressive forces forged an alliance that produced the APC.

“Our party came into being to answer the call of reform so that progressive governance for the good of all Nigerians could be established in the land. President Buhari won the 2015 election and was re-elected. But the essential task of fundamental reform and improvement of society has not been completed.

“We still have vital work to do. But the work can only be done by a party which is democratic and fair in governing itself as well as in governing the nation. This means that while people pursue their political goals they must also and always kept the greater collective purpose in mind.

“Let us be guided by the progressive and enlightened reason for the party. If we do so, the party shall not go astray or be riven by personal agendas and competition that becomes so heated that it turns into animus.

“Let us be more united in democratic purpose and practice. In this way we shall surmount the challenges, and complications inherent in any electoral cycle. The party can then gird itself for its finer purpose, giving the people the chance at better lives in a better society.

“Again, we all should thank the president for the Sunday remarks which he made. We should take full notice of the enduring import of what he said, his eyes on his legacy, on leaving behind a worthy legacy. Let us keep the APC on its rightful path and reject any ruse or artifice that would cause the party to betray its great calling.

“Many progressive leaders had invested time, energy, ideas and resources in forming the APC with a view to providing a better Nigeria. The president is a founder of this party. I too have lent my humble bit. As founding fathers of this party, we must continue to guard its purpose.

“Let not the APC descend into the ways and rank of the other parties. Instead, may we strive to be an exemplar for a caring and democratic society. Only in this manner can we ensure the legacy of the party while leading our nation to its greater improvement.

“We must also commend our president for assenting to the 2022 amendments to the Electoral Act. The new law will hopefully aid in the national pursuit of the fairest elections possible. As such, the act may prove to be a historic milestone on our nation’s democratic journey,” Tinubu added.

The operatives of the Nigeria Police Force engaged bandit terrorists in a gun duel on Tuesday, avoiding a dreadful attack on the Barewa community of Katsina State. The assailants according to reports, stormed the community riding on motorcycles in large numbers. They, however, met a strong repellant by the police operatives in the Batagarawa Local […]

An online post that compared Russia and NATO’s military strength has gone viral amid continued anger between Kyiv and Moscow in the wake of Russia’s invasion. The viral post published on the 9.2 million-member-strong r/interestingasf*** Reddit group displayed a graphic that showed the estimated difference in military strength between NATO and Russia. Since being uploaded earlier today with the title “comparison […]