Mokeme, who confirmed the development on Instagram, said the incident took place on his way to the Murtala Muhammed International Airport, Ikeja.

The actor-turned media personality missed his flight to an undisclosed country on Wednesday.

Mokeme said while he in traffic and thinking of how to get to the airport on time, a white Honda Accord car tried to intercept him while a man jumped in front of his car and ordered him to stop.

He continued moving the vehicle and almost run over the man in front of his car in his desperate bid to leave the scene.

The men fired several shots at his car and broke its windows as he fled from them.

Listen to him speak below. 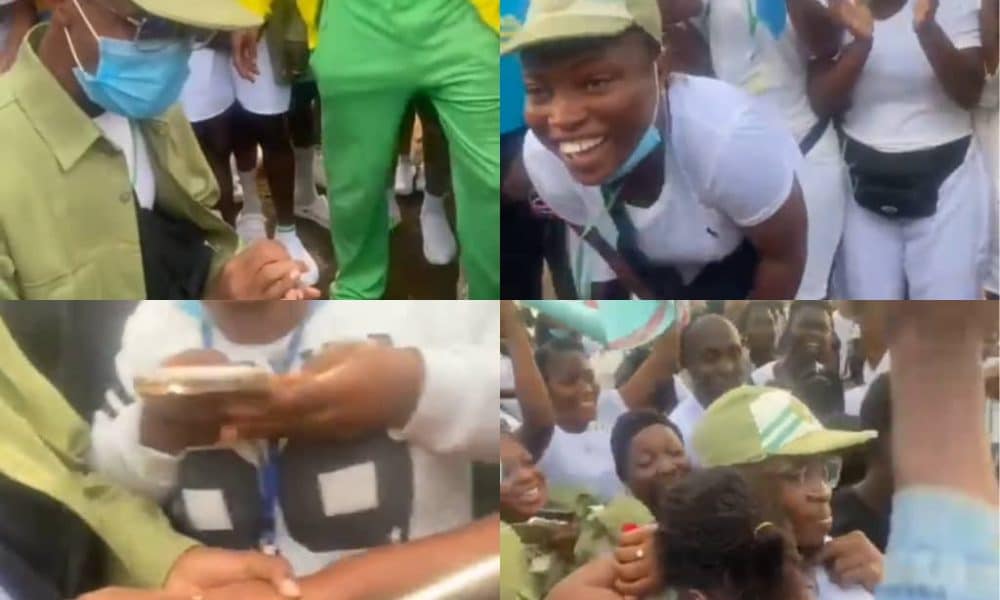 The proposal happened at the orientation camp of the National Youth Service Corps (NYSC) in Ogun State.

When Nigerians thought the trend of corps members proposing to themselves has ended, a corps member pulled the stunt a few days to the end of their time on the campground.

Corps members are expected to report to their primary place of assignment after their deployment at the end of three weeks of orientation.

Rather than wait for them to get out of the camp, the male corper took the opportunity to propose to his colleague to the amazement of other corps members who cheered them up.

The female corps member was happy as she accepted the proposal and gladly wore the engagement ring.

This is not the first time a corps member would be proposing at the campground.

Recall that a corper last year proposed to a military officer in Kwara State orientation camp.

The development stirred reaction online as the military was not pleased with its officer for breaking its rules.

The female officer was detained, she was, however, released after much pressure from Nigerians.

Watch the video below:

Senate Chief Whip, Senator Orji Uzor Kalu has come under fire following his decision to withdraw from the 2023 presidential race. The latest knock for Kalu comes from an elder statesman, Chief Edwin Clark who labelled the Abia politician as a dishonest and insincere person. Clark, the leader of the Pan Niger Delta Forum (PANDEF) […]