Mohammed Yusuf, the son of Goni Maina, was reported deceased during recent Nigerian military air strikes at Bukar Mairam, in the Marte Local Government Area (LGA) of Borno State, on the western coast of Lake Chad.

According to BEST NEWS NETWORK, Yusuf held the rank of Commander “Rijal Amne” in Marte.

Maina, the boy’s father, was a former leader (governor of Lake Chad) of the Islamic State of West Africa terrorist group (ISWAP). Maina was killed in a coordinated air raid by the Nigerian Army and Air Force on December 1, 2020.

The air raid at the time also led to the elimination of more than 100 insurgents, “including several high-ranking insurgents’ commanders, foot soldiers and Hisbah police from the ISWAP faction, late Abubakar Shekau faction and foreign mercenaries”.

In Katsina State, sustained bombings by Nigerian Air Force (NAF) aircraft against terrorist sanctuaries in the northwest and northeast have killed high-profile terrorist leaders and their foot soldiers since January.

Authorities insist that airstrikes against terrorist elements will continue as long as they pose a threat to Nigerians who want to live in peace.

The authorities of the Nigerian Army have revealed that it has brutally killed 50 ISWAP commanders, earlier today during a counteroffensive operation. This is coming after, Brigadier General, Dzarma Zirkusu, and other three young soldiers were killed during an attack with members of the Islamic State West Africa Province terrorist group in the Borno State […] 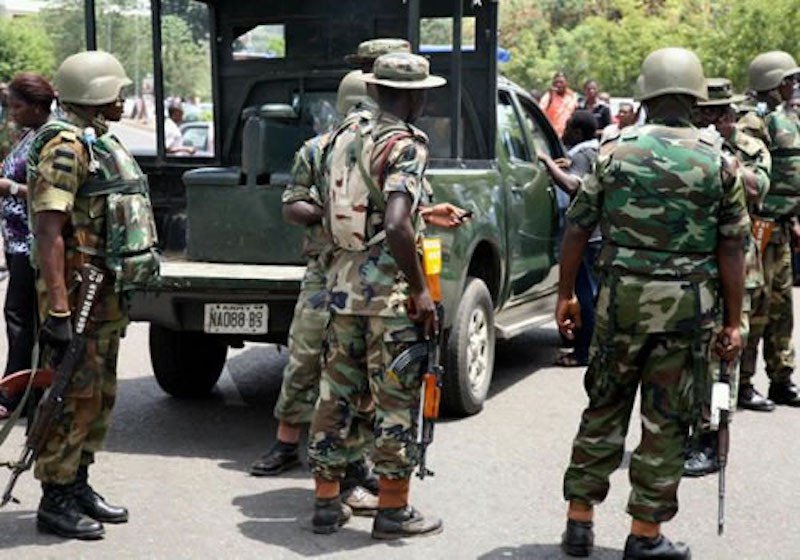 Insurgents of Boko Haram/Islamic State of West Africa Province (ISWAP) launched an attack 3 kilometres to Ajigin Bulabulin village in Borno State, reportedly to ascertain the firepower of the troops of the Special Forces Brigade. POLITICS NIGERIA reports that the terrorists however met a stiff resistance. Subsequently, they sent a suicide bomber, who, on Tuesday, …