The Senior Pastor of Singles and Married International Outreach, Pastor Chioma Ibezim recently took to her Facebook handle an hour ago to send a message to men concerning what they should look out for in a lady. In her message, she noted that men should consider a lady’s level of spirituality, wisdom and altitude before getting married to her.

Pastor Chioma Ibezim: “Men, beware of lady’s buttocks and legs. If I were a man, your figure, buttocks and legs will never move me as much as your spirituality, wisdom level, attitude and brain would. Dear men, leave the container alone! No matter how beautiful the container is, it is for the trash. We are looking for the liquid content only!”

Just In: Saraki Joins Presidential Race Under This Party 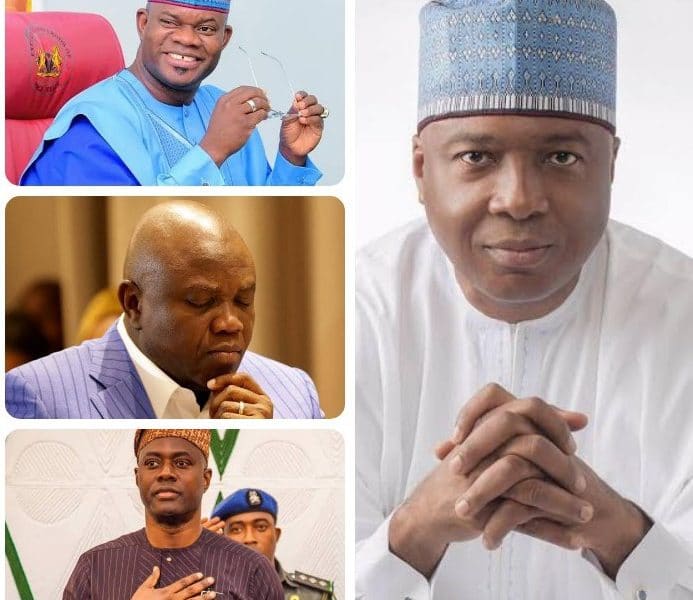 Prophecy has emerged about four Nigerian politicians out of whom two are currently hopeful of becoming Nigeria’s President come 2023.

The General Overseer of Wisdom Church International Ketu, Lagos, Prophet Bisi Olujobi on Sunday claimed that God had revealed to him His plan for Governor Yahaya Bello of Kogi State.

According to him, Governor Bello has been appointed as a future to reckon with.

Olujobi stressed that the politicians he mentioned would turn the tide around for Nigerians in the nearest future.

“God gave me some revelations about some youths that will come up to take the place of President and governors, the Lord showed me about three or four of them that are very essential, and we need to work over them.

“God said to me that he has appointed Yahaya Bello to be a future we are going to reckon with when the time comes. Also, Seyi Makinde will be among the people the Lord will raise for the glory of this country in the future. I don’t know how it will work, but that is one of the things he told me,” Olujobi said while addressing his congregation today, Naija News reports.

He said further that God has told him Governor Makinde would come back the second time, even though they will conspire against him.

“Bukola Saraki is also someone we need to reckon with in the future. God told me he would be one of the people anointed to make things work well in this country. Also, Ambode will be among the people the Lord will use to benefit this country,” the Cleric reiterated.