Governor Godwin Obaseki of Edo State has distanced himself from statements on social media who he claims emanated from mischief makers.

In a statement on Thursday, the governor said such mischief makers are hiding using the ongoing ‘conversation’ between leaders of the Peoples Democratic Party (PDP) to stir crisis. According to Obaseki, he is open to the harmonious resolution to the issues rocking the party. He said: “There has been a flurry of statements and comments on social media by mischief makers who are hiding under the pretext of the ongoing conversation between leaders within the Peoples Democratic Party (PDP) to stir crisis and cause disaffection. “These statements and irresponsible behaviour are outrightly condemned. We hereby distance ourselves from the actions of these detractors. “The National leadership of the party is already dealing with the issues and we are open to the harmonious resolution of whatever concerns that may arise.” Naija News recalls both Governor Nyesom Wike of Rivers State and Obaseki have been involved in a war of words over the crisis plaguing the Edo State chapter of the Peoples Democratic Party (PDP). Wike had on Saturday castigated the Edo State Deputy Governor, Philip Shaibu for threatening that some of his supporters may dump the PDP over unresolved issues in the state chapter of the party. But in defence of his deputy, Obaseki in a statement sent on Naija News on Monday and signed by his spokesman, Crusoe Osagie, described the attack against Shaibu as most unfortunate and totally uncalled for. Responding, Wike lambasted Obaseki for his outburst, describing him as a serial betrayer and ungrateful person, adding that former Edo Governor Adams Oshiomole who warned him about Obaseki’s behaviour has been vindicated.

More Trouble For Abba Kyari As NDLEA Traces N4.2bn To His And Co-accused’s Bank Accounts 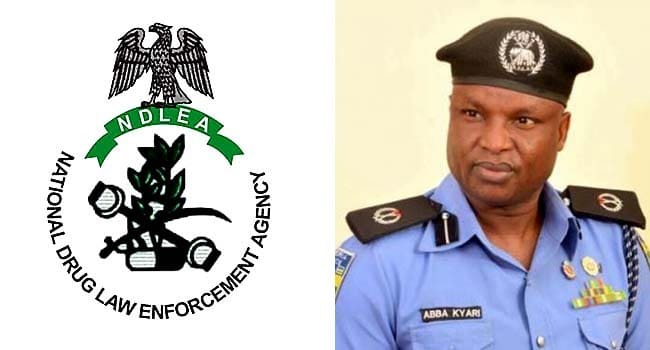 The embattled and suspended super cop, DCP Abba Kyari may be facing further charges as a huge sum of money believed to have been gotten illegally has been allegedly traced to his bank account.

Similarly, investigations also revealed that one of his co-defendants, ACP Sunday Ubua may have also received some unexplainable funds in his accounts.

Together, Naija News gathered up to a combined N4.2bn has been traced to the accounts of the suspects based on investigations been carried out by the National Drug Law Enforcement Agency (NDLEA).

A breakdown of the figures has it that not less than N1.4bn got into Kyari’s account while he was commander of the Police Intelligence Response Team (IRT) while Ubua received up to N2.8bn to his eight bank accounts.

Abba Kyari is facing eight counts of conspiracy, obstruction, and dealing in cocaine, and other related offences at the Federal High Court, Abuja.

A source quoted by The Punch says the NDLEA reasonably believes the money might be connected to drug trafficking and other illegal activities by Kyari and his accomplices.

The source said, “You will recall that the NDLEA is investigating an allegation that Kyari and his team seized a large consignment of tramadol in a warehouse at Amuwo Odofin in Lagos. The consignment was worth about N3bn.

“The IRT under Kyari’s command seized these drugs and they are believed to have sold the consignment to a cartel afterwards. It was around the time of this seizure that Kyari’s deputy received a deposit of N2.664bn in his personal bank account. Out of this money, he purchased FBN Insurance shares worth about N100m.”

Meanwhile, it is understood that the NDLEA has written a letter to the Minister of Justice and Attorney-General of the Federation, Abubakar Malami seeking his approval to confiscate properties and assets belonging to Abba Kyari.

The letter was said to have been written last week (March 7).

It was learnt that based on the Minister’s approval, the NDLEA can go ahead to seize a suspect’s property pending conviction by the court.

The NDLEA spokesman, Mr Femi Babafemi, confirmed the development, saying, “It’s a normal procedure to seek approval for a no debit order on suspects’ bank accounts when suspicious transactions are noticed in such accounts.”

At least eight United Nations peacekeepers were killed in a helicopter crash in the eastern part of Democratic Republic of Congo on Tuesday. UN spokesman, Stephane Dujarric, who confirmed this in a statement on Wednesday, said no one survived the crash. The chopper was suspected to have been shut down by the M23 rebel group. […]

Abubakar Sa’ad, the Sultan of Sokoto, has sent out a warning to all political leaders about the issues of politicization insecurity in Nigeria. The rising spate of insecurity in Nigeria has appeared very alarming, with different reports of banditry, kidnapping, and terrorism from different regions every day. The statement was made during a security conference […]