Ongoing factionalisations within the Peoples Democratic Party (PDP) due to the choice of running mate by its presidential flagbearer, Atiku Abubakar, has led to various stakeholders appealing for peace.

A former Governor of Kaduna State, Ahmed Makarfi, has waded into the discourse, noting that the displeasure of Nyesom Wike, the Rivers State Governor, over being overlooked for the position was justified.

Speaking to journalists on Thursday in Kaduna, Makarfi suggested that Atiku and Wike get down and discuss the circumstances that led to the selection of Okowa.

“I won’t blame Wike for feeling bad because he has been one of the pillars of the party,” the former governor said.

“Let the presidential candidate, Atiku, sit down with Wike to discuss issues because he is the only one that knows why he picked his running mate. The matter is resolvable.

“As long as elections will be held in 2023, PDP will win, but we need to work hard for us to win in 2023. PDP is set to bring true democracy back to Nigeria and we have learnt our lessons,” Makarfi added.

He also debunked rumours of a defection to the All Progressives Congress (APC).

“Honestly, I am hearing this for the first time that I am defecting from PDP to APC and I don’t know what can be the basis. Why should I make an investment in terms of time and whatever you can mention in PDP and now decide to leave?” Makarfi asked.

“Why should I go through the stress and just when we are getting it right, then I now leave the PDP for APC or any other party?

“What will be the attraction for me to leave the PDP? Well, people don’t approach me with such a rumor because they know the type of person that I am.

“If they want to come, they come to me with substance. What could be the basis? In every rumour there must be a basis. Is it because members of the opposition party attended my son’s wedding and that is the basis of that rumour?”

Elder statesman, Prof Wole Soyinka, has expressed disgust at a viral video showing some purported members of the National Association of Seadogs, otherwise called Pyrates Confraternity, mocking the presidential candidate of the All Progressives Congress, Asiwaju Bola Tinubu, in a song. In the one-minute video, the members dressed in red and white attire danced and […] 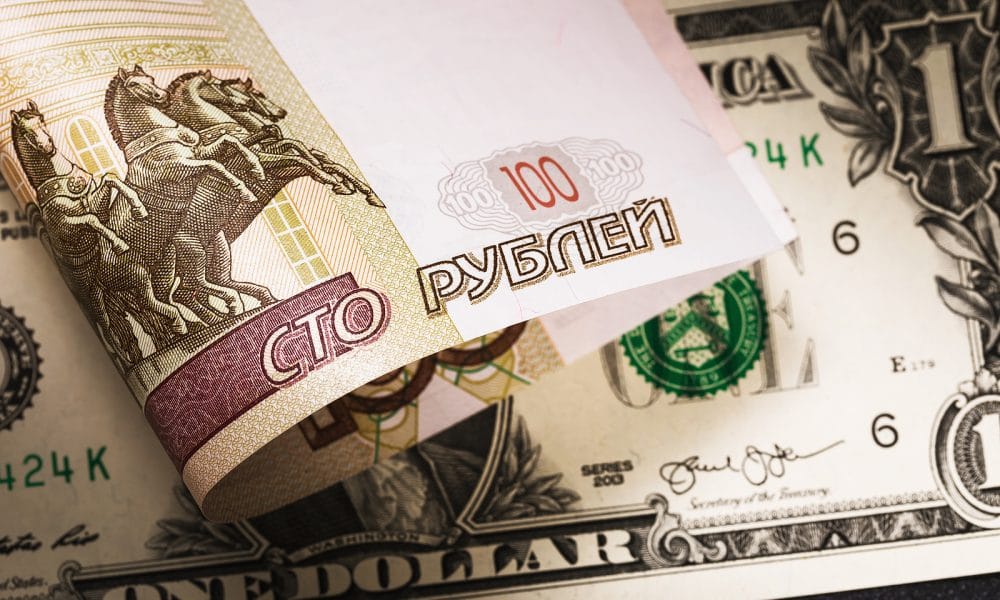 If the US dollar continues to rise in forex against the Russian ruble, then given the strong correlations, emerging markets in Eastern Europe could rise with it!

The Central Bank of Russia has resumed quoting Russian ruble pairs. However, this does not mean that it is available for traders. Many brokers currently do not offer Russian ruble trading to their clients due to the extreme forex volatility, low liquidity and very wide spreads that ruble pairs have been experiencing since the invasion began. However, Eastern European emerging market currencies continue to have a strong correlation with the Ruble and the USD/RUB pair on the daily time frame.

The USD/PLN pair has a correlation coefficient of +0.94 with the USD/RUB pair on the daily time frame. A reading of +1.00 is a perfect positive correlation and means both pairs are moving in the same direction 100% of the time. A reading of +0.94 is pretty close. USD/PLN hit a low of 3.9132 on February 10, the day before the US announced that an invasion by Russian forces could take place any day.

From there, USD/PLN went parabolic and hit a high of 4.5199 on March 7, hitting new all-time highs along the way. Since then, the pair has returned to horizontal support and an ascending trendline near 4.3078. It was also the previous all-time forex record for the US dollar against the Polish zloty. Note that the RSI also unfolded and returned to neutral territory. If USD/PLN breaks below initial support, the next level of support is at the 50% retracement of the move from the February 10 low to March 7 high near 4.2665. Horizontal support is just below at 4.2395. Near-term resistance lies at the March 8th lows near 4.4416, then the March 7th all-time highs at 4.6199.

The daily chart of the USD/HUF pair resembles that of the USD/PLN pair. The USD/HUF pair also has a correlation coefficient of +0.94 with the USD/RUB pair. The price of the USD/HUF pair bottomed on February 10 at 307.562 and parabolically rose to a high of 368.058 on March 7, hitting new all-time forex highs along the way. Since then, the pair has pulled back to test previous all-time highs at 341.258 and an ascending trendline dated March 9, 2021.

Notice that the RSI unfolded and returned to neutral territory. If the price breaks below, the next level of support is at the 50% retracement from the February 10th lows to the March 7th highs near 337.810. Below there is horizontal support at 333.455. Near-term resistance is at the March 8th low at 351.295 and then at the March 7th all-time high at 368.058.

The daily chart of the USD/CZK pair is slightly different from that of the USD/PLN and USD/HUF pairs. The correlation coefficient between USD/CZK and USD/RUB is +0.91. This is still a strong correlation, but not as strong as USD/PLN and USD/HUF. USD/CZK hit a low on February 7th at 21.1267 and moved parabolically to a high at 23.9246 on March 7th. It was also horizontal resistance and just below the 61.8% Fibonacci retracement between the March 2020 highs and the May 2021 lows.

Since then, USD/CZK has pulled back and fallen below the trend line dating back to March 2021. It also tested all previous highs at 22.9325. Notice that the RSI unfolded and returned to neutral territory. First support is Thursday low 22.7091, then horizontal support and 50% retracement from Feb 7th low to March 7th high near 22.5256. Below, the price may drop to the 61.8% Fibonacci retracement from the same time frame at 22.1955. Resistance holds long term uptrend line near 22.1334 then recent highs at 23.9246.

If one wants to trade the USD/RUB pair but cannot access the market, these emerging markets are a solid substitute.