The Debt Management Office (DMO), has announced the offer of two Federal Government of Nigeria (FGN) bonds for subscription.

The DMO stated this in a notice published on its Website on Monday.

According to the DMO, the opening date for the bonds is May 9, while the closing date and settlement date is May 18. 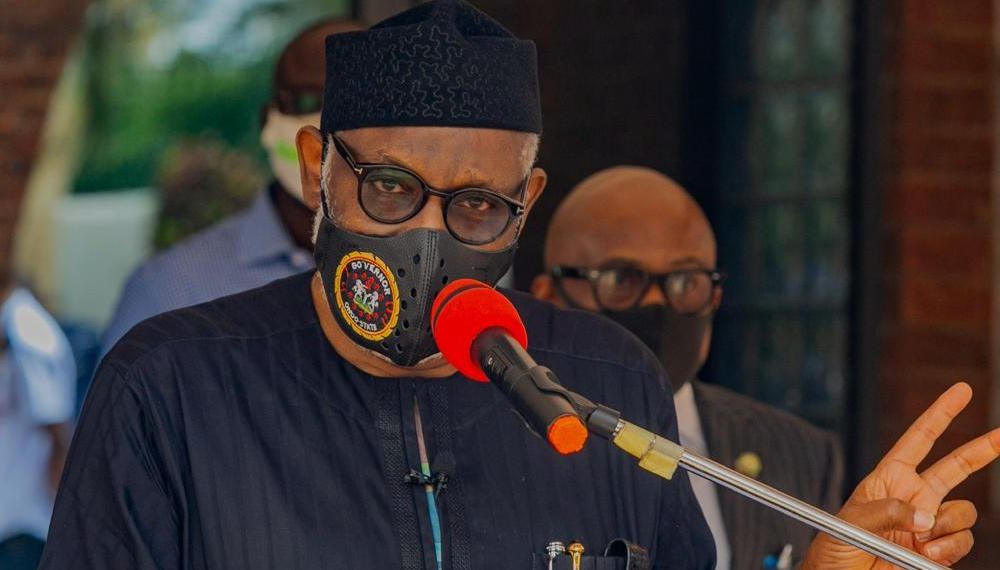 Chairman of the Southern Governors Forum and Ondo State Governor, Rotimi Akeredolu, has berated Governor Mai Mala Buni over his leadership of the Caretaker and Extraordinary Convention Planning Committee (CECPC).

In a statement to newsmen on Thursday personally signed by him, Akeredolu accused Buni and some pocket-filling black legs in corridors of power of trying to supplant President Muhammadu Buhari’s will.

The governor expressed his unconditional support to Governor Abubakar Sani-Bello of Niger State who has taken over the leadership of the All Progressives Congress (APC).

According to Akeredolu, most governors are determined to see the party through its current crisis.

He also accused some individuals closed to Buni of shopping for a court injunction to scuttle the upcoming APC national convention.

Akeredolu statement reads: “With nostalgia, one can recall the moments of our struggle as compatriots from all walks of life enunciated and berthed Nigeria’s most ingeniously successful political network. Without being immodest, APC’s birth was a novel instance. The party’s philosophical beacon woven around its ideological leaning was alluring.

“Undoubtedly, the firm leadership, candour and honesty exemplified by Mr President who heads the administration that is the product of the APC deserve no less of support and complimentary responsibilities from all stakeholders.

“The installation of the Caretaker and Extraordinary Convention Planning Committee (CECPC) of the APC was beyond a call to service. It was a child of necessity moulded to one, instill discipline in leadership and engender coherence among stakeholders and more importantly, to deepen the Rule of Law in our party.

“However, the insidious and appalling happenings within our party in the last few months, especially under the immediate-past leadership clearly posit a huge embarrassment. Without necessarily dwelling on details that are known to critical stakeholders, the path taken lately by Governor Mai Mala Buni, the immediate past head of the CECPC and an indivisible few, is a unenviable trajectory undeserving of our dear party. It is a disdainful narrative.

“Nevertheless, the courage and determination as well as shrewd sincerity of purpose demonstrated by most of the APC Governors remain a delight. Significantly, the swift response and prompt action taken by Mr President have, in no small means, salvaged our great party from internal scavengers. We indeed, survived a Civilian Coup largely inspired by mischief and incurable lust for power through artificial barricades.

“Succinctly, aside feeling very delighted as a major stakeholder in the latest successful Rescue Mission, I express my confidence in the ability and capacity of Governor Sanni Bello(ABU LOLO) to take APC through. We, the Governors are for the party except for the few “Yahoo, Yahoo” Governors (apologies to Salihu, former DG of the Progressive Governors’ Forum) who were hand in glove with Buni to circumvent the Will of majority of our Party (APC) members. Progressive Governors in the true name, mostly all of us, are determined to see our Party through these patchy parts at all cost.

“None of the scanty number has the guts to carry out their imaginary threats as reported in sponsored stories. We dare them to leave the party. Their short-lived antics in armtwisting Governor Buni and probably, some pocketfilling elements within the corridors of power to supplant the President’s will through fake letters, endorsements as well as ‘Black Market’ injunction (procured since November, 2021) are despicable.

“Now that the clear motive aimed at frustrating our national convention as been botched, our dear party is on the track to greatness. Gov. Sanni Bello, ABU LOLO, carry on; you have the backing of the majority of us. You shall see our FULL backing come Thursday, 17th March, 2022 at the National Executive Committee meeting.

“But as you know, this is ONLY for the conduct of the NATIONAL CONVENTION.”

APC Convention: El-Rufai Under Security Watch Over Disagreement With Buhari

The Nigerian Presidency is currently monitoring the activities of Kaduna state Governor, Nasir El-Rufai, over alleged plans to scuttle the forthcoming national convention of the All Progressives Congress (APC), Best News Best exclusively gathered. Sources in the Presidency told this medium that El-Rufai’s recent controversial post on the Progressive Governors Forum WhatsApp Platform has put […]

Esther Edet Asuquo, 34, a prophetess who hails from Mbikpong Atai in Ibesikpo Asutan local Government of Akwa Ibom has been sentenced to 14 years imprisonment for buying and selling two children for five hundred thousand. Naija News reports that Esther and her accomplice, Blessing Akudo Sunday were both sentenced to 14 years imprisonment each. […]