Senior Special Assistant on Media and Publicity to President Muhammadu Buhari, Femi Adesina, has insisted that despite the presidential pardon his principal granted to convicted former governors of Plateau and Taraba States, Joshua Dariye and Jolly Nyame respectively, there is no Nigerian who hates corruption more than the President.

Dariye and Nyame who were granted state pardon by Buhari on the recommendation of the Council of State, had been serving various jail terms after being convicted for multibillion-naira frauds during their tenures in office.

The presidential pardon of the convicted looters has continued to generate strong condemnation from Nigerians and critics of the President who believe he has reneged on his anti-corruption stance which was one of the promises he made while campaigning for the presidency.

However, Adesina believes despite the controversy generated by the pardons, Buhari would not condone corruption in any form.

The presidential aide while appearing on a Channels Television programme on Friday night, insisted that the President had what he called a “higher morality” by granting the pardons to the convicted looters.

“Nobody abhors corruption than the President. So for him to have even concurred to the recommendation of that prerogative of mercy committee is a higher morality,” Adesina said when asked if the fight against corruption by the President was losing steam.

“I have not seen how that pardon vitiates the war against corruption in anyway. I have not seen it because the war continues,” the veteran journalist insisted.

Governor Masari Reveals How To Curb Bandits In Nigeria 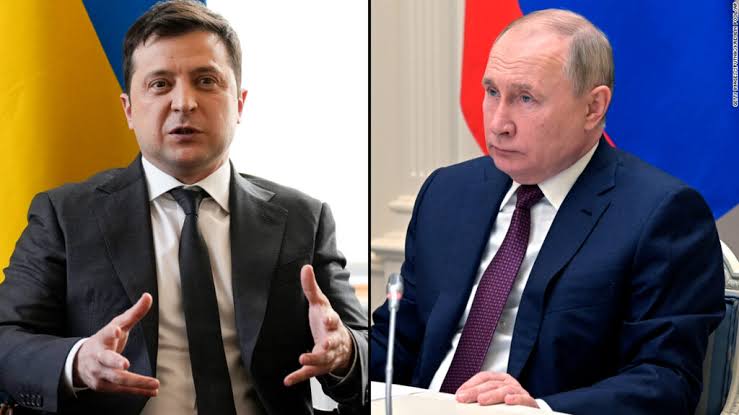 He said that Russia might plan an attack on NATO countries if the body refuse to take action and close the Ukrainian sky.

Zelensky said this after an airstrike hit a Ukrainian military base close to the Polish border.

In a video address made on Monday, the president once again stated the need for a no-fly zone sanction over Ukraine.

“If you do not close our sky, it is only a matter of time before Russian missiles fall on your territory, on NATO territory, on the homes of NATO citizens.

“Last year, I clearly warned NATO leaders that if there were no harsh preventive sanctions against the Russian Federation, it would go to war. We were right.”

PDP to present certificate of return to Atiku Wednesday

The Peoples Democratic Party (PDP) will present the certificate of return to former Vice President Abubakar Atiku on Wednesday. Abubakar won the PDP presidential ticket in last Saturday’s primary election held in Abuja. He polled 371 votes to brush off the challenges of Rivers State Governor, Nyesom Wike and 11 other aspirants in the exercise. […]