Price of Brent crude oil dropped to $99.78 amidst fears over global economic recession.

The fall in crude oil price below $100 was the first in the last 15 months after Brent crude entered into the bulls territory, which Citigroup said is being driven by overpriced sentiment among investors.

Brent’s bullish run shows that the commodity was overbought.

This means that the product was selling above its natural price that had been put at $70 per barrel by the American firm in its oil market notice.

Citigroup had expressed a negative look for the future, stating that Brent would still sell for as low as $65 within the next six months, and went as far as projecting $45 per barrel as the product’s asking price before the end of 2023.

Aside from Brent crude, the United States West Texas Intermediate (WTI) also slumped this evening Nigerian time, trading at a low of $96.31, but now sells at $98.74 per barrel.

Ripples Nigeria reported earlier on Wednesday that Brent crude oil was projected to fall due to global recession induced by inflation in the global market.

The economic downturn is expected to cripple fuel demand.

The former Secretary to the Government of the Federation, Anyim Pius Anyim, said on Sunday delegates to the Peoples Democratic Party (PDP) national convention were driven by primordial sentiments. Anyim polled 14 votes in the PDP presidential primary held at the MKO Abiola Stadium, Abuja, on Saturday. In a statement he personally signed, the ex-Senate […] 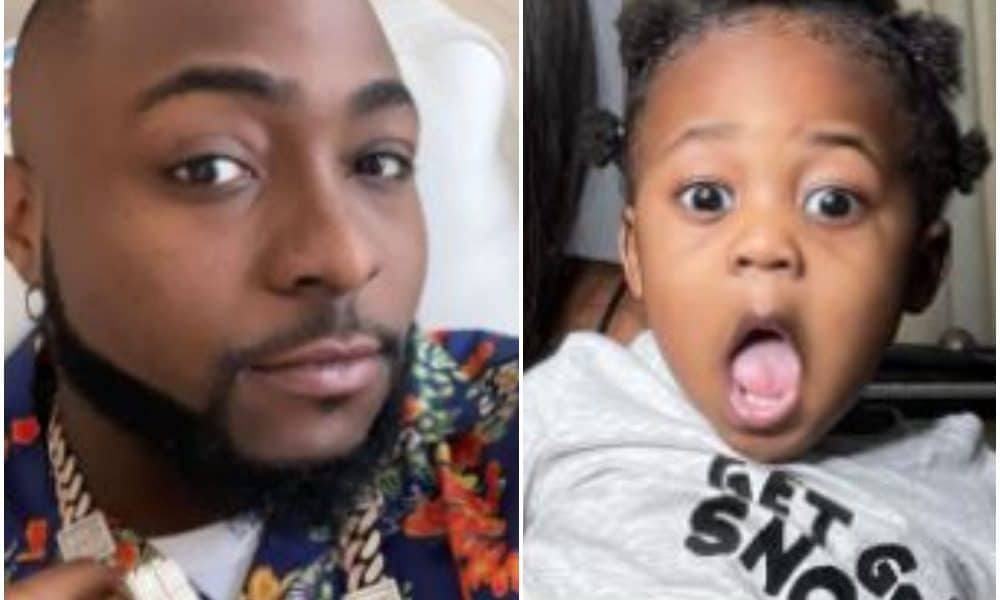 Award-winning Nigerian singer, Davido has threatened a troll who attacked him for using the photo of his son, Ifeanyi, with claims that the kid belongs to his signee, Perruzzi.

This came after a Twitter user, Mista_Mdee via the Microblogging platform, Twitter attacked the singer with claims that his kid belongs to former crew member, Perruzzi.

Reacting to the comment, Davido called the troll a dead man, adding that he leaves his innocent kid out of his hate.

The singer wrote; “Dead man walking! You don carry your hate for me to my child!! Innocent child. Brother YOU DO THIS ONE, Oya na. Says all you want about Davido but do not mention my children.”

Reacting to the singer’s comment, a fan named Sakpo noted that if anything happens to the Man who attacked the singer and kid,  they would hold the him responsible for it, and the singer acknowledged the comment by saying ‘NAH Me Make AM’ 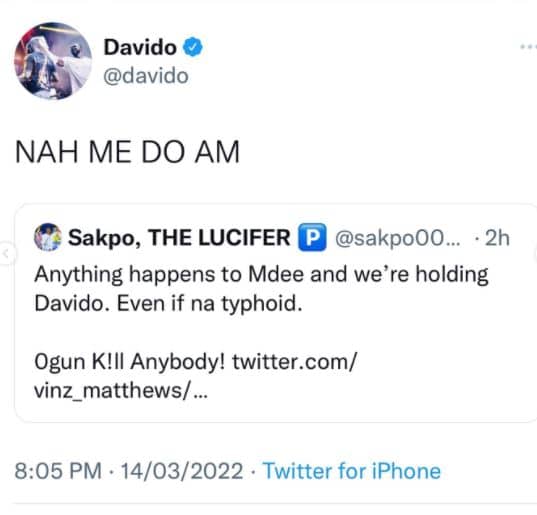