Popular Nigerian comedian Ayo Makun has explained why he doesn’t communicate with his colleague Basketmouth.

Speaking during a question and answer session on Instagram, the 30 Days in Atlanta actor explained to his fans that he prefers to keep a distance from Basketmouth due to his “uncontrollable superiority complex”.

Makun added that Basketmouth’s personality pushes him away and he has since had to avoid his colleague’s ”incessant childishness”.

Makun who is one of the most illustrious entertainers in the country mentioned further that he prefers to sustain a relationship with those who want to speak with him.

Read the conversation below.

Justice Binta Nyako of the Federal High Court Abuja, on Friday, dismissed eight of the 15 terrorism and charges filed against leader of the proscribed Indigenous People of Biafra (IPOB) Nnamdi Kanu, by the Federal Government of Nigeria. While ruling on a preliminary objection filed by the IPOB leader, Justice Nyako said, “In this instant […]

French voters began casting their ballots Sunday for the presidential run-off between centrist incumbent Emmanuel Macron and his challenger Marine Le Pen, after a fractious campaign that has seen the far-right come its closest yet to winning power. 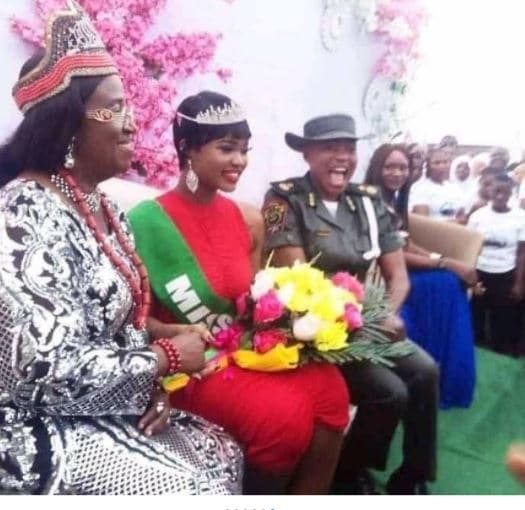 The National Spokesperson of the Nigeria Correctional Service, Francis Enobore, has confirmed the emergence of Chidinma Ojukwu, the alleged killer of Super TV boss, Michael Ataga as Miss Cell 2022 in Kirikiri Correctional Centre.

Naija News had earlier reported that Ojukwu emerged as the winner of the competition after competing alongside other ladies at the correctional facility.

Enobore further stated that part of the services of the correctional facility is to ensure that inmates are in sound and good spirits.

The spokesman of NCS revealed this in an interview with DailyTrust on Thursday.

He said, “What happened is that as part of our reformation and rehabilitation programme and to also keep the inmates in a sound and good spirit, we organise a number of social engagement amongst them. Some could be recreational activities, some could be theatre work like entertainment.

“There are so many things we do. In line with this, the officer in charge of the Kirikiri correctional facility organized some competitions among the inmates like cooking, tailoring, make-up, among others.

“These are things that will make them happy because our primary responsibility is to keep them safe and sound. That was what happened and she emerged the best in the competition. It is part of what we do. In fact, the person in charge of the Kirikiri female prison has been doing marvellously well.”