The President of the African Development Bank (AfDB) and former Minister of Agriculture, Dr. Akiwumi Adesina, has joined the race for the presidency under the platform of the ruling All Progressives Congress (APC).

Adesina’s copies of the N100 million Nomination and Expression of Interest forms to run for the APC presidential ticket was said to have been purchased by a coalition of 28 groups led by the Head, One Nigeria Group, Mohammed Saleh.

2023: Fayemi Reveals Why Nigeria Is Not Moving Forward

“I am personally uncomfortable with the practice of our politics and our political conversations. We should have outgrown bigotry, tribalism and ethnoreligious biases. It is time to rekindle the candle of a new Nigeria and the coming transition provides another opportunity for us to take a new dive as to making a new Nigeria of our dreams.”

According to a news update from the PUNCH NEWSPAPER, chaos breaks out after truck kills three in Ebonyi state. The residents stated that the incident happened earlier today, at Afikpo Expressway, situated in Afikpo Local Government, when an unknown truck rammed into the streets and killed three youths. Recall that the frequent report of car […] 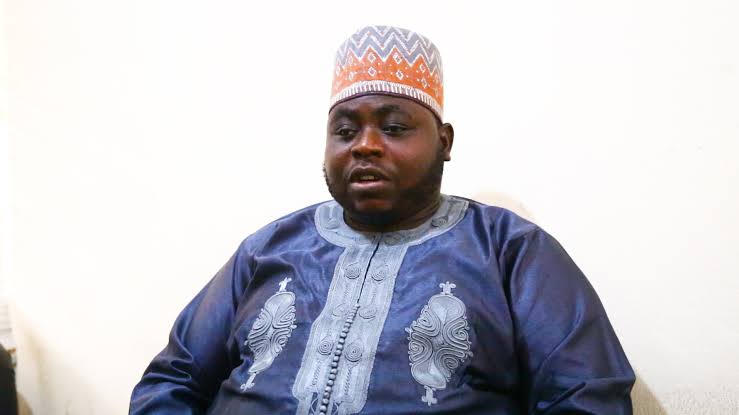 Hausa filmmaker, Mustapha Badamasi, better known as Naburaska in the Kannywood film-making industry, has facilitated the release of 33 prisoners in Kano State.

While stating that his actions were to give relief to the inmates so they could freely participate in the coming Ramadan fasting, the comic actor urged other concerned persons to also emulate such gestures.

Naija News understands that the freed inmates including 31 males and 2 females were serving various jail terms at Goron Dutse correctional centre in Kano.

Naburaska explained further that his gesture is in line with seeking God’s guidance and reward.

“It is indeed not pleasant to experience fasting while serving in a correctional centre, that is why I found it very important to pay for their freedom in the little way that I can,” the actor said.

The actor went on to urged all well-meaning individuals and corporate organizations to as a matter of humanity wade in and save the lives of many people languishing in various correctional centres across the federation for their inability to pay fines, Naija News reports.

Speaking on behalf of the released inmates, Mado Bala thanked the actor and promised to turn a new leaf henceforth as they have learnt their lessons a hard way.

Meanwhile, the Actors Guild of Nigeria (AGN) has said, the guild will not rescue any actor caught with illicit drugs.

The AGN president, Emeka Rollas made this known while announcing the guild’s collaboration with the National Drug Law Enforcement Agency (NDLEA) for a nationwide sensitisation against drugs.

Rollas who warned script interpreters to desist from illicit drugs usage noted that sensitisation exercise became imperative in the wake of rising concerns over use of drugs in the country.

The AGN president also said drug abuse has become “a pandemic” in the country, adding that it has led to increase in criminal activities.

“The sensitisation has become imperative because of the prevalent situation in the country as drug abuse has become a pandemic,” he said.

“People on drugs have committed a lot of havoc by killing, stealing, raping and indulging in many terrible things,” the President buttressed.

Rollas said the sensitisation exercise followed a meeting between him and Mohammed Marwa, NDLEA chairman, in Abuja, Naija News reports.