Hello, and welcome to Business Roundup this week. Here, we bring you highlights of events that happened during the week -from the capital market to the mainstream business activities, while not forgetting the tech/economy build up.

Here are the Headlines:

A report has revealed that Nigeria loses between N30 and N60 trillion annually to oil theft, illegal refining, and pipeline vandalism.

The report was the product of research work carried out by a team from the University of Port Harcourt (UNIPORT) and financed by the Shell Petroleum Development Company (SDPC).

The lead researcher, Ben Naanen , said at the public presentation of the report on Friday in Delta that 200,000 barrels of crude oil or 14 percent of the 1.4million bpd produced in Nigeria were stolen by criminals.

The International Monetary Fund (IMF) has tackled countries looking to bitcoin as solution to their economic problem, after Central African Republic adopted the cryptocurrency this week.

The growing usage of bitcoin among peer-to-peer and exchange channels has began to lure some countries into considering it as a legal tender, rather than issuing government regulated digital currency.

The Federal government and the United Kingdom on Tuesday signed a deal that will see the inflow of about $300 million in Foreign Direct Investment (FDI) to Nigeria.

The agreement was reached at the Economic and Development Forum (EDF) held in London.

The agreement is targeting small and medium-size enterprises and will create over 5,000 jobs in the coming years.

There seems to be a silent feud between the owner of Tesla, Elon Musk, and Microsoft founder, Bill Gates, following the latter’s decision to hold a short position on the electric vehicle manufacturer’s share.

Short position is the purchasing of a company’s shares with expectation that the asset’s value would fall. Investors who buy short usually borrow the asset, and sell, while buying the shares back to hand it over to the owner.

During the period the short position investor sold the shares and buyback the assets, if the value of the stock falls in the capital market, the investor makes a gain.

The value of assets in the Nigerian capital market rose by 1.64 percent on Friday as demands for shares of companies listed in the bourse increased after a growth projection by industry experts.

The renewed interest in companies’ shares in the capital market pushed up the market capitalisation from N26.32 trillion posted on Thursday to N26.76 trillion today.

On the tech scene, 9jacodekids, Zenda, Afriex, Argent, Twig, Venture Platform, Swvl, Glorang, Joi Gifts, and OnePost 365 were some of the names that made the headlines this week.

A Nigerian Fintech startup, Afriex, has raised a $10 million Series A round led by Sequoia Capital China and Dragonfly Capital.

Also, we published an exclusive on Nigerian Digital Bank, Stellas.

We casted a spotlight on the Ghost Mode feature that allows users make anonymous transactions.

We noted that the bank is fully licensed by the CBN, with deposits insured by the Nigeria Deposit Insurance Corporation, NDIC.

Another Batch Of Nigerians Stranded In Ukraine Touch Down In Abuja 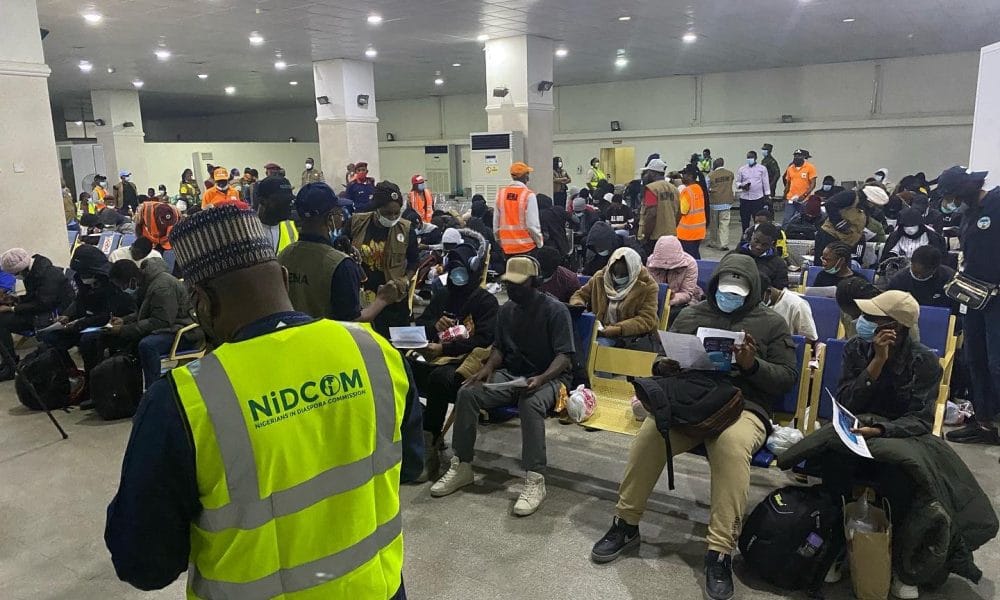 The Nigerian Government has received another batch of stranded Nigerians, including a baby from Ukraine in Abuja.

Naija News gathered that the evacuees arrived at the Nnamdi Azikiwe Airport, on Friday morning, March 11, from Poland after fleeing Ukraine.

In a tweet via her Twitter handle, Abike Dabiri-Erewa, chairman of the Nigerians In Diaspora Commission NIDCOM confirmed the Nigerians were received by officials at the Abuja airport.

She also shared photos of them at the airport and also mentioned that a SIM Card with N5000 airtime was given to each returnee as well as $100.

She added that the returnees are expected to meet with the Health services for medical checkups and would proceed to fill in some documents.

”We welcome another set of evacuees from Ukraine who just arrived at the Abuja airport through Poland, via AirPeace. 122 onboard, with an infant. 1076 had previously been brought back home

”Returnees were presented with SIM cards loaded with 5,000 Naira airtime to allow them to reach their family members courtesy of a partnership between NiDCOM and Mtn,(@nidcom_gov&@MTNNG) and 100 dollars transport fare from the Federal Government of Nigeria.” she wrote 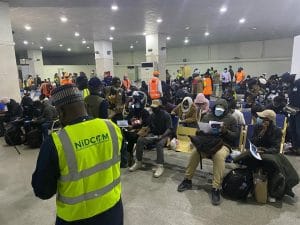 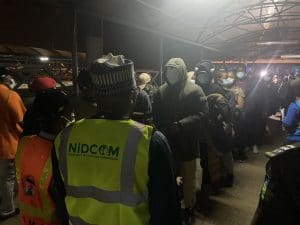 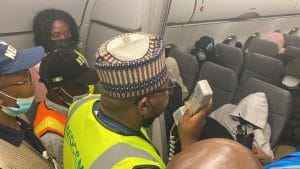 For the second time in less than one month, the Independent National Electoral Commission (INEC) on Friday ruled out adjustment of the 2023 general elections timetable. The 18 political parties in the country had last month pushed for the alteration of the elections timetable. But the move was rebuffed by the commission. The INEC Chairman, […]

Social commentator and former presidential media aide, Reno Omokri has added his voice to the controversies and discussions surrounding the possible emergence of a Muslim-Muslim ticket for the 2023 presidency in Nigeria. Omokri who made his mind known via a Twitter statement on Saturday afternoon submitted that what Nigeria needs is a reliable government and […]