A fight broke out at the venue of the swearing-in ceremony of Professor Charles Chukwuma Soludo on Thursday morning when Iyom Bianca Odimegwu Ojukwu slapped the immediate past First Lady of Anambra State, Mrs Ebelechukwu Obiano.

Best News Network learned that the scuffle happened when Mrs Obiano who arrived at the occasion, and was moving round to greet the dignitaries. Getting to where Bianca sat, she reportedly said. “Bianca so you are here, I thought you said you will never attend any APGA event again.”

Ojukwu’s wife who was provoked by the remark stood up furiously and slapped her.

This caused a bit of disruption to the oath of office being taken by Prof. Soludo who was signing some documents at the time.

Watch the video below; 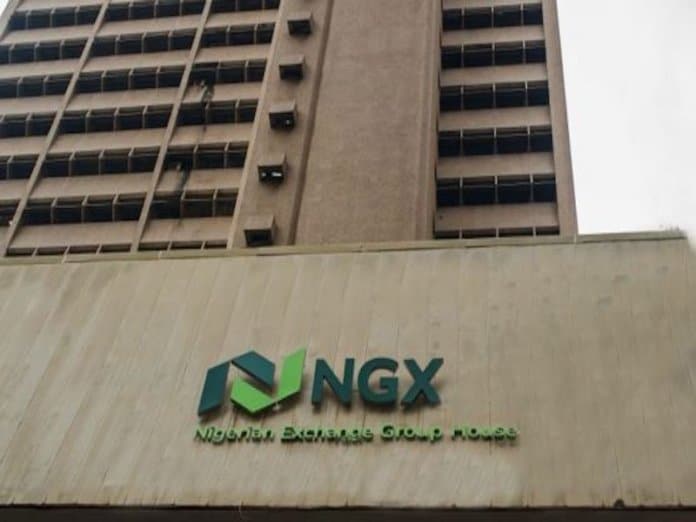 The Nigerian Exchange Group Plc (NGX) has released its 2021 full year report, stating that it paid N754.87 million as compensation to three of its Executive Directors.

The NGX said the amount paid to the three executive directors was a 78.41 percent increase from the N423.12 million compensation paid to them in 2020.

It stated that each of the executive directors took home an average of N251.6 million as compensation in the year under review.

Also, the Chairman of the board, Otunba Abimbola Ogunbanjo received N6.6 million as remuneration in 2021, which was an increase of 33.3 per cent from the N4.9 million received in 2020.

The highest-paid board member, the MD/CEO as revealed in the 2021 audited financial report earned N160.02 million as remuneration from N156.2 million in 2020.

The group added that the sitting allowances of the directors dropped by 4.7 per cent to N56.74 million, from the N59.55 million reported in 2020.

According to the NGX, its non-management staff dropped to 176 from 241 recorded in the prior year while it had three executive directors in 2021 from two and 26 management staff for the second consecutive year.

The report stated that the remuneration paid to the board members (excluding pension and reimbursable allowances) grew by 68.2 per cent to N811.6 million in 2021, from the N482.66 million reported in 2020.

In the report, the NGS said it focused on formulating and executing the strategy of the Holding company in 2021, which includes building multiple businesses across the entire capital market value chain with diversified revenues as well as strategic and operational flexibility.

The Nigerian Stock Exchange (NSE) in 2021 was demutualised to allow the Exchange to sell its shares to investors and be listed for trading.

This resulted in the creation of a new non-operating holding company, the Nigerian Exchange Group Plc (NGX Group) with Onyema serving as its Group Chief Executive Officer (GCEO,

The listing mandated full disclosure of the Group’s accounts to the investors and general public.

Former President of Nigeria, Goodluck Jonathan has given condition that would make him dump the Peoples Democratic Party for the All Progressives Congress. According to Punch, Jonathan will only join the ruling party ahead of the 2023 general election if he is endorsed by President Muhammadu Buhari. Jonathan in the past few months has stayed […]