About 300 inmates of the Kuje Correctional Centre suspected to be members of the Boko Haram terrorist group may have escaped from the facility when it came under attack on Tuesday by the sect.
This much was made known by the Permanent Secretary of the Ministry of Interior, Dr Shuaib Belgore, who revealed that over 600 of the inmates fled the prisons during the attack.

The Kuje Custodial Centre located in Nigeria’s Federal Capital Territory came under heavy attack late Tuesday night, as residents in the area confirmed hearing sounds of gunshots and sounds.
He also revealed that the attack was carried out by the Boko Haram terrorists who came specifically for their members in the custody.

According to him, however about 300 escaped inmates had been recaptured, while 300 were still at large.

Speaking while addressing journalists, he also said an operative of the Nigeria Security and Civil Defence Corps was killed during the attack.

He said, “There have been several attacks on our facilities most of them are being repelled, but every now and then, there is one that they have succeeded. In this one they came very determined with high explosives.

“The initial entry attempt was unsuccessful, then they attacked another section of the wall with higher grade explosives which brought the wall down.

“The forces on the ground did everything they could to repel them but the number they came with was high which they were not able to defend against. They kept on fighting gallantly unfortunately the breach happened. Reinforcement came when they were halfway through it. They were eventually repelled.

“At the time they came in they killed one NSCDC operative while trying to save the situation. The inmates here are 994.

“We understand they are Boko Haram terrorists and came specifically for their conspirators. Many of them have returned, some were retrieved from the bushes they were hiding, right now we have retrieved about 300 out of about 600 that got out of the jail.”

Also speaking to reporters on the incident, the Minister of Defence, Bashir Magashi, claimed that about 64 Boko Haram suspects detained at the Kuje prison in Abuja may have escaped after the Tuesday night attack on the prison facilities.

While taking an assessment tour of the facility, the minister said, “The attack started around 10:30pm. They came in their numbers gained entrance into the prison and they released some of the inmates and which we are now following to see the kind of inmates that they have released.

“Very soon, we will give you the correct figure of the inmates that were taken. Aside that, we are trying to see what we can do to ensure that all escapees are returned back.

“The prison is accommodating about 994 inmates and over 600 escaped. Many people have been recaptured and brought back to the prison. Maybe by the close of the day, more will have been captured and returned.

“I think everything is under control. The people who came to do this activity, from the records, we believe they belong to a particular group. Most likely, they are Boko Haram members because we have sizeable number of Boko Haram suspects in detention, and presently we cannot locate any of them.

“I think they are about 64 in the prison and none of them now is available they have all escaped.”

Governor of Bauchi State Bala Mohammed has said he does not believe in zoning ahead of the 2023 presidential elections but rather believes that the focus should be on simply finding a leader who is capable of leading Nigeria.

Angry Ex Who Set Nigerian Man And His New Girlfriend On Fire, Dies 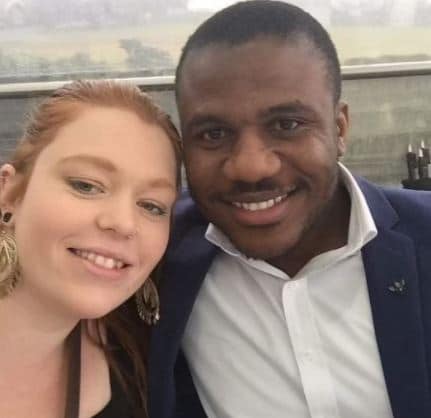 Sarah Mudge, 31, a former lover of Nigerian man, Stanley Obi, has reportedly died in the process of setting the father of four and his new girlfriend ablaze at his home in New Beith, Brisbane’s southern suburbs of Australia.

According to reports,  Stanley, who is in critical condition, was at home with his new girlfriend in

bed when his ex, Sarah Mudge broke into the house, dousing him and his new lover with petrol

before setting them on fire.

Naija News understands that the incident occurred at 3am on Thursday, March 10.

Queensland Police said, Sarah managed to kill herself after trying to set Obi and his new lover on fire while his three young children were in the house.

Stanley new girlfriend, 30, escaped with burns to her airway along with all three children – aged five, three and two.

A heroic neighbor was said to have dragged his burning body from the burning building, staying with Obi, until an ambulance came 35 minutes later.

Obi suffered burns to 90 per cent of his body,

According to the neighbor, Obi, was aware that his burns were life-threatening and voiced his fear that he would not survive.

“He was giving me his hand, reaching out to me to hold it, and I wasn’t going to hold his hand because I know about infection control.”

Sarah Mudge and Stanley Obi had four children before they broke up.

Sarah Mudge, who ran her own photography business, has multiple photos of Obi and their children on her social media pages.

Nigerian airline operators under the aegis of Airline Operators of Nigeria (AON) have called off their planned suspension of flights which was billed to commence on Monday, 9 May. Only a day before the suspension of flights was scheduled to begin, the association announced that it was postponing the decision due to national economic and […]