Gubio is the headquarters of Gubio also known as Gobiyo local government area of the state.

The town is 70 kilometres from Maiduguri, the state capital.

Residents told journalists on Friday that the insurgents stormed the town in a camouflage Hilux vehicle and motorcycles, headed for the doctors residence at about 2:00 a.m. and whisked him to an unknown destination.

The victim is the only medical doctor in Gubio LGA.

The insurgents also set fire on several buildings during the attack.

She said the ministry was working with security agents to rescue the doctor.

She said: “We received the report this morning that our resilient PMO, Dr. Bulama, was abducted by suspected Boko Haram terrorists in Gubio town.

“ The ministry is very sad about the incident and we are working with the appropriate security agencies and stakeholders to ensure the safe return of Dr. Bulama.”

The Senate president, Ahmad Lawan has felicitated with the National Leader of the All Progressives Congress (APC), on his 70th birthday. Lawan praised Tinubu for his contribution in modernizing Lagos State. He pointed out the chieftain’s sterling reputation for building people and organizations. He maintained that Tinubu is not just a principal actor in Nigerian […]

The Senator representing Oyo South Senatorial District, Kola Balogun, has dumped the Peoples Democratic Party (PDP). Senator Balogun’s resignation from the PDP was contained in a statement signed by his Media Aide, Dapo Falade, on Monday evening, and made available to mewsmen in Ibadan. Senator Balogun, who is a younger brother to the new Olubadan […] 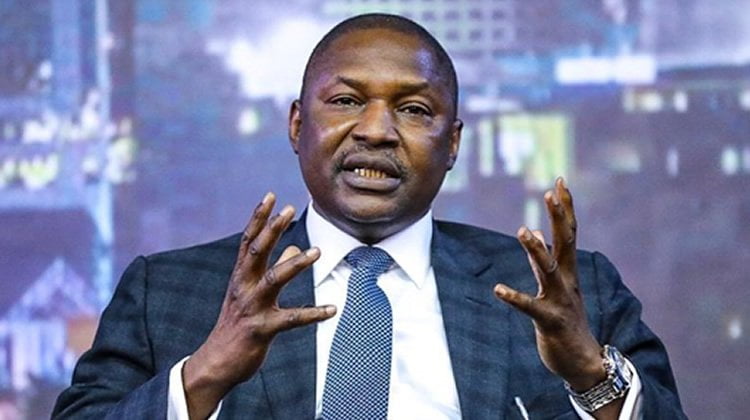 The Attorney-General of the Federation and Minister of Justice, Abubakar Malami (SAN) has said he did not exonerate embattled DCP Abba Kyari.

AGF Malami, in a statement on Sunday, stated that he only asked for further probe into the activities of the suspended Deputy Commissioner of Police.

Recall that the AGF in a legal advice forwarded to the Inspector-General of Police, Usman Baba, had called for further investigations, noting that a prima facie case of money laundering had been established against the DCP.

A statement by his Special Assistant on Media and Public Relations, Dr. Umar Jibrilu Gwandu, described as false the media reports that Malami’s Office had conclusively exonerated Abba Kyari.

According to the statement, there appears to be misunderstanding regarding the issue.

Malami’s spokesman noted that it was a case of work in progress in respect of which the office of the Attorney General of the federation requested for further probe in relation to some aspects of investigation.

He said that It was clear that the conclusion on the alleged contradiction on the issue was a clear case of misconception.

“The office of the Attorney General of the Federation and Minister of Justice’s stance is that no conclusion has been reached in the direction of absence of evidence relating to the first report.

“The issues were raised for further investigation with a view to cover the field in investigation in order to arrived at informed decision,” he said.

Naija News reports that Kyari is wanted in the United States over an alleged involvement in a $1.1m scam carried out by self-confessed internet fraudster, Ramon Abass, popularly known as Hushpuppi.

The embattled police officer is also facing eight counts of conspiracy, obstruction and dealing in cocaine, and other related offences at the Federal High Court, Abuja.

The other defendants in the charge marked FHC/ABJ/57/2022 are four members of the IRT, Sunday Ubia, Bawa James, Simon Agirigba and John Nuhu.