The All Progressives Congress (APC) has reportedly sacked Senator James Akpanudoedehe as the National Secretary of the Extraordinary Convention Planning Committee (CECPC).

Naija News reports that Akpanudoedehe was allegedly sacked by a majority of the members of the committee on Tuesday, March 8, 2022. It was learned that a vote of no confidence was passed on the party’s scribe in a notice signed by 10 of the 12 members of the committee, Vanguard reports. The members said Akpanudoedehe was sacked in line with Article 17 subsection 5 of the constitution of the APC which allows a majority of any constituted ad-hoc committee of the party to pass a vote of no confidence on any member found wanting. The notice was signed by Senator Ken Nnamani, Governor Abubakar Sani Bello, Senator Yusuf Abubakar Yusuf, Prof Tahir Mammah, Senator Abba Alli, H.E David Lyon, Hon Akinremi Olàide, Mrs Stella Okotete, Barr Ismaeel Ahmad and Dr James Lalu. Recall that Akpanudoedehe has been absent in most of the meetings of the APC CECPC meetings but was restored back to his position on Tuesday.

Good morning Nigeria, welcome to Best News Network roundup of top newspapers headlines in Nigeria for today, Tuesday, 8th March 2022 1. APC: Buni ‘Sacked’, Niger Governor Bello Takes Over The Governor of Yobe State and Chairman caretaker committee of the All Progressives Congress, Mai Mala Buni may have been removed from his position in […] 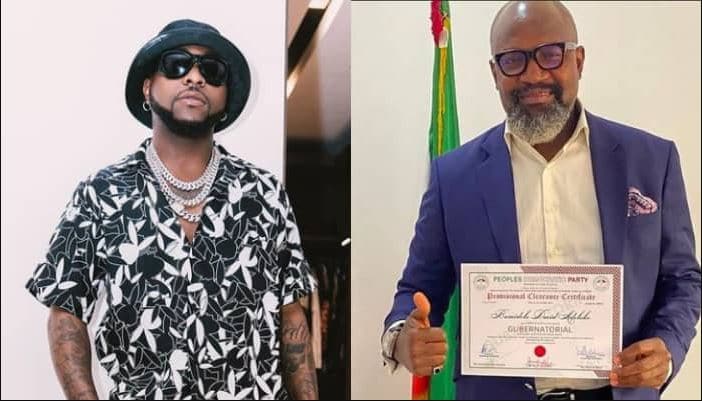 The Chairman of the governorship primary election, the Deputy Governor of Bayelsa State, Lawrence Ewhrudjakpo had declared Adeleke as the winner in Osun State on Tuesday.

The former lawmaker in the electoral process polled 1,887 votes to win the party’s ticket ahead of the July 16 governorship election.

Dele Adeleke who had earlier expressed his intention to withdraw from the race polled one vote in the governorship primary.

Davido while reacting to his uncle’s victory alongside a screenshot of a video call with Adeleke wrote, “001 OSSG LOADING @IsiakaAdeleke1 God is good!

“See you all in the field, GAME TIME!”

The singer while reacting to Dele Adeleke’s post on his withdrawal from the primary election wrote, “You’re talking to the one person wey vote you abi, I don’t understand which one be all supporters … cousin Dele, frog jump loading.”

Davido at any given opportunity has attacked his cousin following Dele Adeleke’s intention to contest against his uncle.

Boko Haram/ISWAP have killed eight persons in a revenge attack in Biu Local Government Area of Borno State on Saturday night. The terrorists had stormed Mandaragirau and Ghuma villages in Biu Local, where they slaughtered eight residents. it was gathered that the insurgents also left an unconfirmed numbers of persons injured. According Zagazola Makama, nine […]