The activist, who stated this on her verified Twitter handle, also accused the party of gaslighting Nigerians during polls.

Aisha was reacting to reports of a post-presidential primary crisis in the party.

The furore generated by the emergence of the Delta State Governor, Ifeanyi Okowa, as the PDP vice presidential candidate has degenerated into a full-blown disagreement among party leaders with some demanding the resignation of the party’ National Chairman, Iyorchia Ayu.

She alleged the party was grossly unprepared with the task ahead.

She wrote: “Come 2023 PDP will be blaming the youth for their loss. They blame everyone but themselves and reason they have not been able to find solutions to their problem. To solve a problem you must first take responsibility for the problem. PDP is yet to.

“After the 2015 election, members started blaming those who didn’t vote for them and asking them to apologise. They didn’t take responsibility for failing so woefully that they couldn’t defeat a man they had defeated three times previously.

“After the 2019 election PDP blamed those who voted for third force parties. They refused to take responsibility for the role they played in gaslighting Nigerians and driving many from the polls, plus their choice of candidate.”

Mahrez And Gundogan Start For City Against Atletico

Riyad Mahrez was picked to start for Manchester City in the second leg of their Champions League quarter-final against Atletico Madrid on Wednesday. City hold a 1-0 lead from the first leg at the Etihad Stadium last week. Pep Guardiola made two changes from the team that drew with Liverpool last weekend as Mahrez … END_OF_DOCUMENT_TOKEN_TO_BE_REPLACED

Following the death of Veronica Takor, the actress who was found dead in a hotel room in Benue State, her sister, Comrade Takor Sarah Doowuese, has opened up on what she noticed when she went to the scene where Veronica’s body was found. Veronica Takor’s death made the rounds in the media a few days […]

The PUNCH reports that the Governor Nasir El-Rufai of Kaduna State on Wednesday said the governors of the All Progressives Congress discovered a grand conspiracy between the lawyers of the ousted   Chairman of the APC Caretaker/Extraordinary Convention Planning Committee, Mai Mala Buni; and some fifth columnists to postpone the national convention of the party through a court injunction. 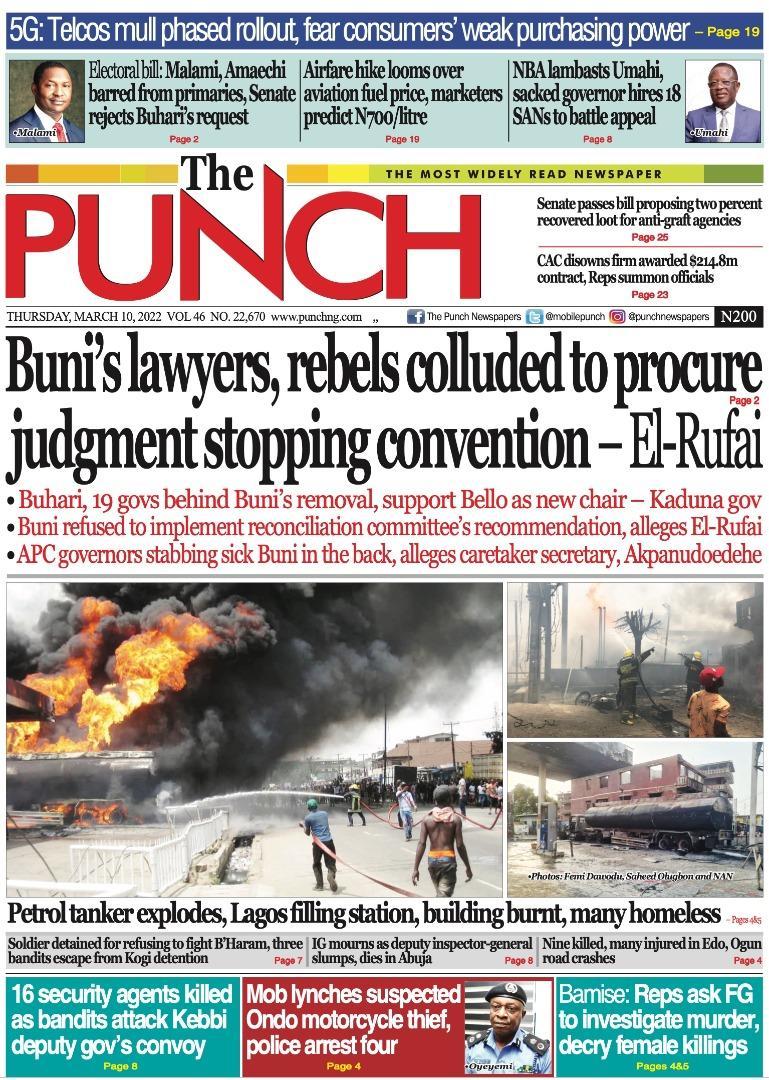 Contrary to expectations that the Senate would succumb to the request by President Muhammadu Buhari to further amend Electoral Act 2022 by deleting section 84(12), lawmakers yesterday, roundly rejected the request, fueling commendations from various quarters, The Guardian reports. 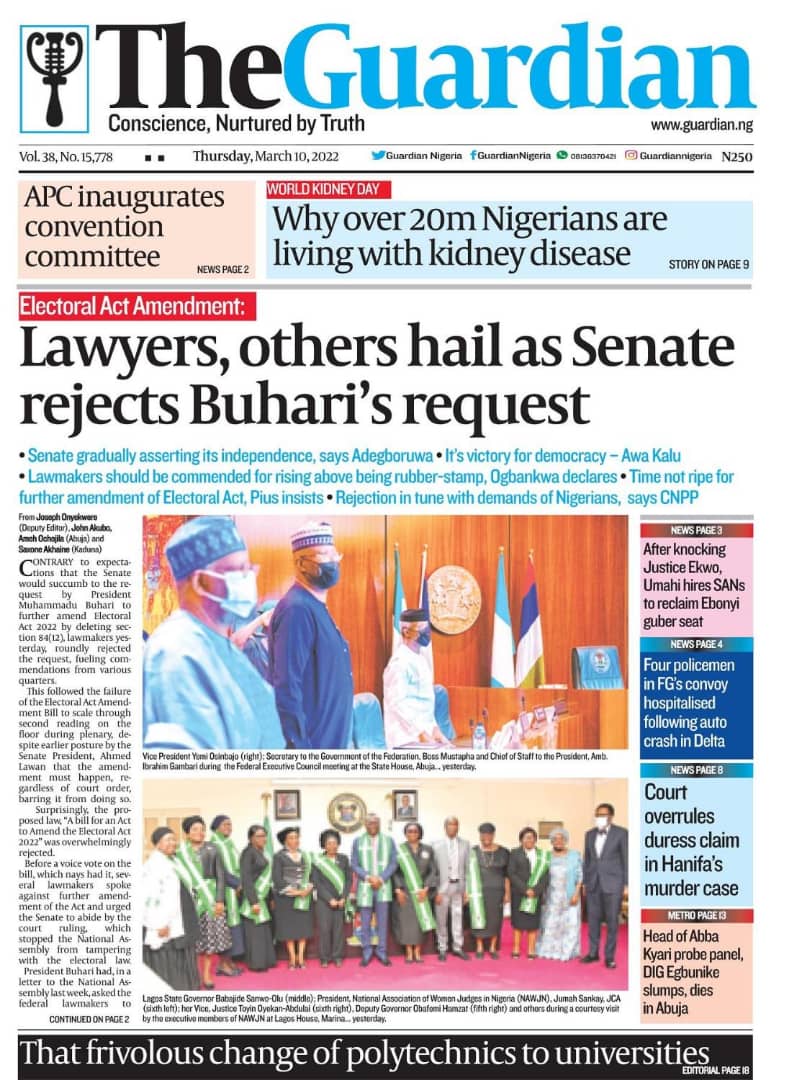 The ruling All Progressives Congress, APC, yesterday, ratified the zoning arrangement endorsed by President Muhammadu Buhari and officially zoned the national chairmanship seat of the party to the North-Central geopolitical zone, Vanguard reports. 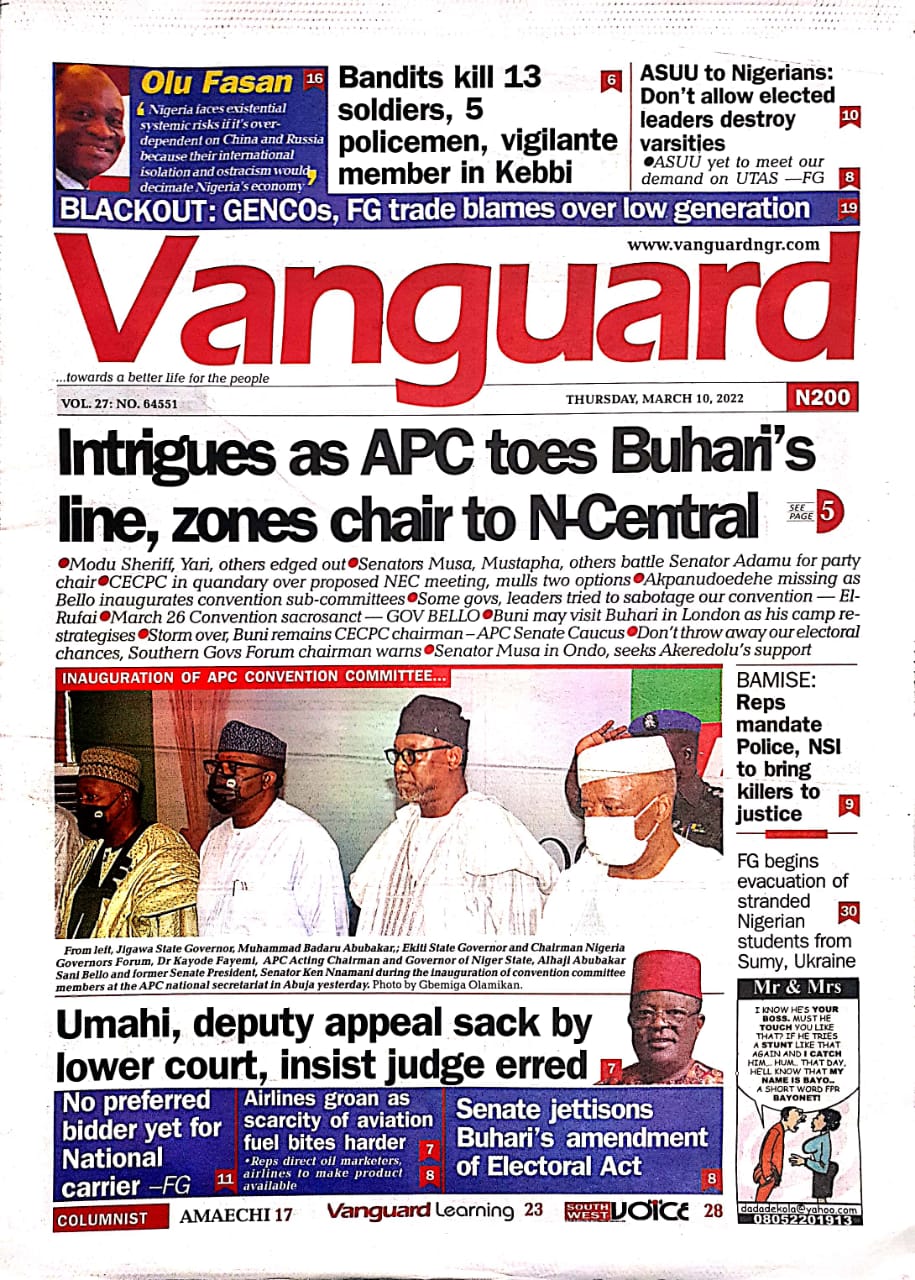 According to The Nation, Kaduna State Governor Nasir El-Rufai last night explained why the All Progressives Congress (APC) caretaker chairman had to be pushed aside. According to him, certain actions and inactions of Yobe State Governor Mai Mala Buni put the ruling party at risk because they were a hindrance to the plan to hold the convention on March 26. 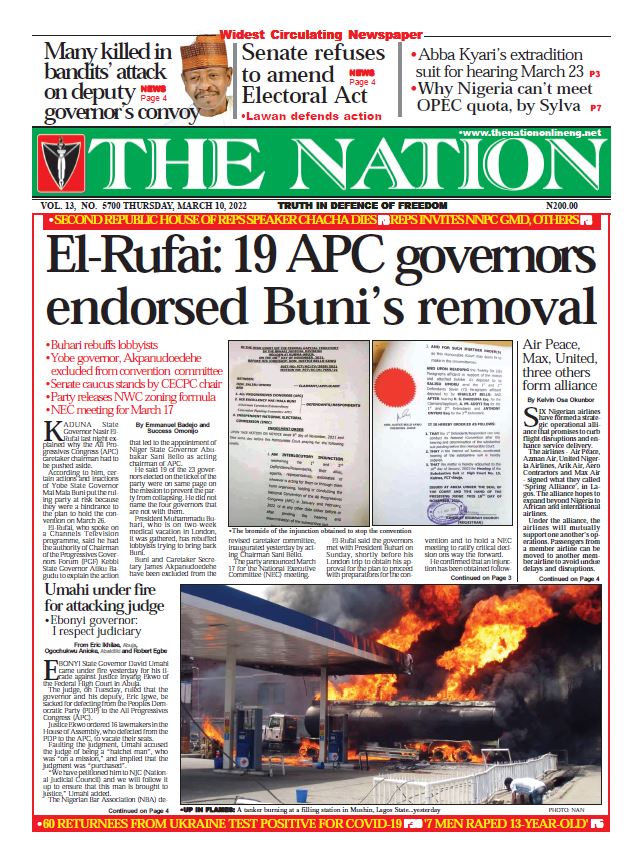 At least four ministers among them Rotimi Amaechi, Raji Fashola, Abubakar Malami and Chris Ngige are in a tight corner following the senate’s rejection of President Muhammadu Buhari’s request to amend the Electoral Act, 2022, according to Daily Trust. 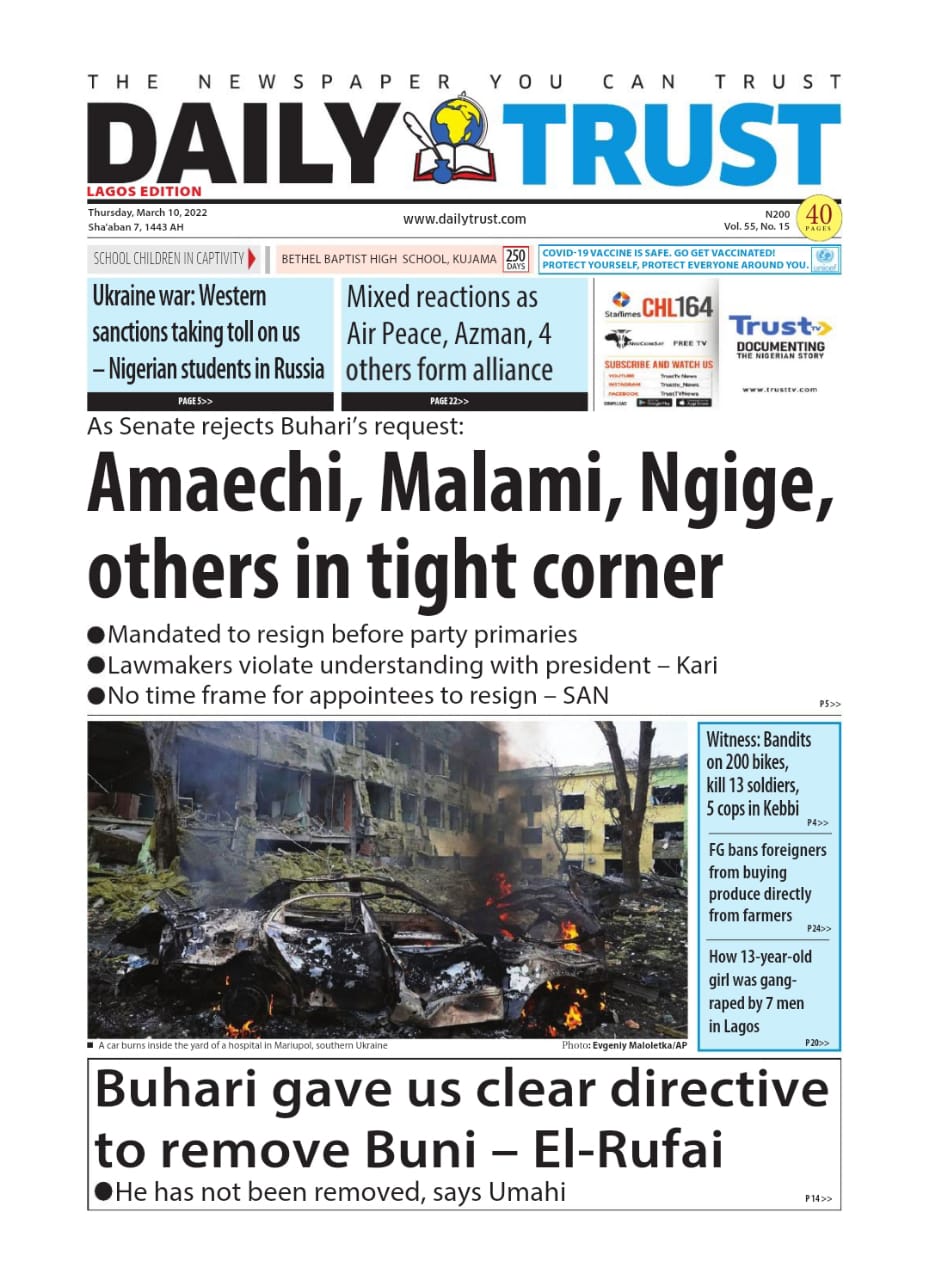