This is coming several days after a photo of Jandor and Akindele had gone viral last Friday, with Jandor purported to have chosen the Nollywood actress as the deputy governorship candidate.

However, it was gathered that the actress was only nominated as a potential running mate while the decision on who will run with the governorship candidate was yet to be determined.

Meanwhile, Funke Akindele’s colleague, Tonto Dikeh has been selected as a running mate to Tonte Ibraye, the governorship candidate of the Africa Democratic Congress (ADC) in Rivers State for the 2023 elections. 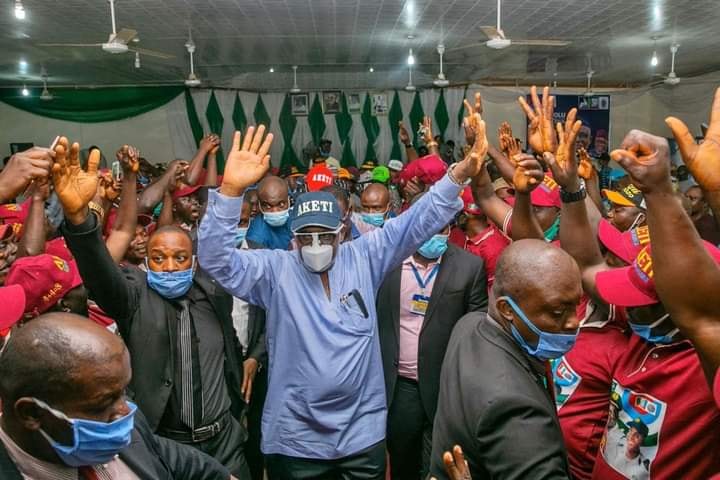 The Ngor Okpala Constituency bye-election conducted in Imo on Saturday witnessed low turnout of voters in many polling units. Eleven candidates are contesting in the bye-election for the House of Assembly seat declared vacant following the long absence of the former occupant. Journalists who monitored the exercise report that sensitive and non-sensitive election materials arrived …

PDP Has Capacity To Save Nigeria From Directionless Buhari Govt – Tambuwal

The Governor of Sokoto State and Presidential aspirant, Aminu Tambuwal has said the Peoples Democratic Party (PDP) possess people with capacity to rescue Nigeria. Speaking to newsmen in Bayelsa on Friday, the Governor said Nigeria under the Muhammadu Buhari-led government lacks direction, adding that the present administration is handling the country as if there is […]

Abuja, July 20, 2022. Stakeholders from Ministries, Departments, and Agencies of the federal government of Nigeria, Civil Society Groups, Youths, staff of the National Assembly, the private sector, media, and international funding agencies have taken a stand on the actions they must initiate to urgently address Nigeria’s menacing land degradation and deforestation issues. This was […]