The Accord Party governorship candidate in Oyo State, Chief Adebayo Adelabu, has dismissed rumours that he was being cajoled to rejoin the All Progressives Congress (APC).

Adelabu, who spoke with journalists after a meeting with former council vice chairmen, secretaries, chiefs of staff and supervisory councillors on Sunday in Ibadan, also explained why he dumped the APC.

The former deputy governor of the Central Bank of Nigeria (CBN) quit the APC after he lost the party’s governorship ticket in May.

Adelabu was defeated by a former Senator representing Oyo Central, Teslim Folarin, in the primary election held at the Obafemi Awolowo Stadium, Ibadan.

He said: “It’s a blatant lie that Asiwaju Bola Ahmed Tinubu called me to return to the All Progressives Congress. He’s my political father and mentor but he won’t give such order.

“He’s fully aware of my defection to the Accord Party and believes my reasons for the defection are justifiable.”

The ex-CBN official alleged that the APC delegate congresses held in the state were marred by irregularities.

He added: “I finally tendered my resignation of membership to my APC ward chairman on the 26th of May 2022 after due consultation with my leaders and supporters about the various irregularities in the party. Prior to the elections, the delegate list had been compromised across board.

“Secondly, the APC gubernatorial primary in Oyo State was shifted to the next day contrary to INEC guidelines and two venues were listed for the election.

“My interest in politics is to deliver good governance through people oriented policies that would drive the economy of the state to enviable heights. This is our vision for Oyo State.”

The Vice President of Nigeria, Professor Yemi Osinbajo on Sunday, hosted governors elected on the platform of the ruling All Progressives Congress (APC) at his residence in the Aso Rock Villa. The meeting scheduled to kick off by 7.00 pm already had some of the Governors including Mallam Nasir El-Rufa’i of Kaduna and Dapo Abiodun […]

A former Governor of Kano State, Rabiu Kwankwaso on Thursday confirmed that he is set to dump the Peoples Democratic Party (PDP) for the New Nigeria People Party (NNPP). POLITICS NIGERIA reports that there were speculations about Kwankwaso joining the NNPP. The 2023 presidential aspirant has now confirmed that report. According to him, he would […] 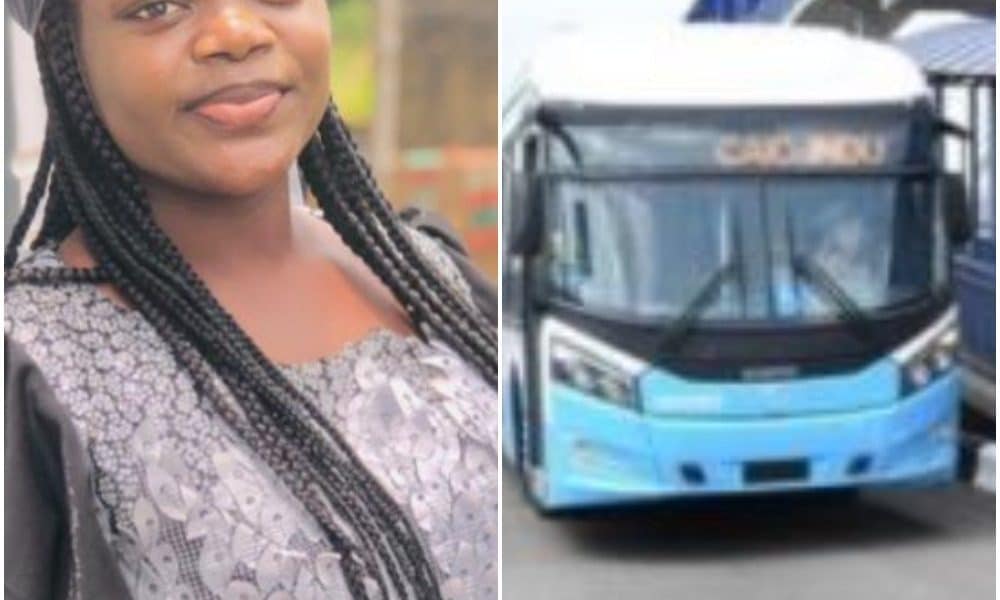 Joseph, the father of the 22-year-old, Oluwabamise Ayanwole who was abducted in a Bus Rapid Transit and later found dead, has expressed sadness over the death of his daughter.

The 84-year-old while speaking on the demise of his daughter said he has not been himself since the incident happened.

Joseph who happens to be a pastor stated this at his residence in the Olorunishola area of Ipaja-Ayobo, Lagos State.

The cleric disclosed that Oluwabamise was the last of his 10 children.

He further stated that he doesn’t believe in protest as it would not bring back his daughter.

The father said that the deceased was the last of his 10 children.

Joseph noted that Governor Babajide Sanwo-Olu-led government has promised to visit his family which he is still waiting for.

He said, “It is hard to believe that my daughter is no more.”

While speaking on the condolence visit of the Lagos State Governor, he said, “As a man of God, I pray for him and other leaders from my altar every day so I want him to help me get justice.”

Joseph when asked whether his daughter’s body was mutilated, said, “The government says it will perform an autopsy on the body of the deceased; we are still waiting for the result.”

The mother of the deceased, Comfort while speaking on the incident said that the verbal-note evidence her daughter sent to her friend before she was killed should be enough evidence for the government to prosecute the driver.

She said, “The evidence which had gone viral should be enough evidence for the prosecution of the suspect.

“The driver is now lying that kidnappers pointed a gun at him and dragged our daughter out of the BRT bus he was driving and was in transit then.

“Kidnappers pointed a gun at him, dragged his passenger out from the bus in transit and he did not go to the police station to report the matter, it is a lie.”