The National Chairman of the All Progressives Congress (APC), Senator Abdullahi Adamu has said the party would not change its mind about he ₦100m price tag for its 2023 presidential nomination forms.

He added that those criticizing the APC are sponsored by opposition parties who are trying to paint the ruling party in a bad light. Senator Adamu added that anyone that doesn’t have N100m either personally or from support funds has no business contesting the presidency in Nigeria. Naija News reports the APC Chairman made the submissions in an interview with the Voice of America (VOA) Hausa Service on Wednesday where he reacted to the backlash and public outrage that has followed the price tag set by the party for its 2023 nomination and expression of interest forms for various positions. It will be recalled that the APC announced ₦100 million for presidential aspirants, ₦50 million for governorship aspirants, ₦20 million for senatorial, ₦10 million for House of Representatives, and ₦2 million for state House of Assembly aspirants respectively. Defending the party position, Senator Adamu said anyone not satisfied with the party position or unable to raise the funds can look elsewhere to actualize his/her ambition but the APC is not going back on its decision on the price tags. He said the presidential race can not be compared to the contest for a motor garage/union chairman or the traditional rulership of a community, stating that only serious-minded persons should approach the presidency. “If a presidential aspirant cannot mobilize at least ten thousand supporters to raise such amount that person is not a serious contestant,” Mr Adamu said. “We are talking about the president of Nigeria, not the emir of your town. Now when the emir of your town dies the person seeking to replace him will spend more than N100 million for just one emirate,” he added. Adamu added that aspirants in developed countries of the world also pay high sums to participate in presidential elections and what APC did in Nigeria is not out of place, only that some people are trying to play politics with the situation. “For example, someone who is seeking to be president of Nigeria asked 10000 of his supporters each to contribute N10,000 how much will that be. If he lacked supporters to contribute he didn’t deserve to contest, I didn’t want to belittle you because the president of Nigeria is not the chairman of your village motor park. “If you want to kill a dog you will give him a bad name, there is nothing to compare between seeking to be Nigeria’s president and corruption using the cost of the form. “If you can not participate, there is no compulsion, if you don’t have N100m you have no business with becoming president. Tell me which country will not fix reasonable numbers to contest the position of the president? No country that practices democracy like ours will not fix the amount to around N100m. In fact, how much is N100m? “Even in the recent France election, how much did Macron pay? How much did Le pen pay to participate? How much did president Joe Biden pay in America How much did former President Donald Trump Pay? This is just an attempt to dent our image, it is the opposition party that is doing that. It will not change our minds or reduce the cost of the nomination form. Anyone that wants to participate let him participate, that is the amount. When I was seeking to be the National Chairman of APC I paid N20 million, and other aspirants paid the same. “Our party has principles, if you can follow the guidelines you can participate. “And another thing is our party is the ruling party, if we fix the amount less, the same opposition can sponsor some people to come and participate before you know court cases will arise everywhere. Let’s see if any devil can pay N100m to sponsor some, the APC National Chairman declared.

No fewer than eight persons, five males and three females, have been confirmed dead in a three-story building that collapsed in Ebute Meta axis of Lagos Mainland Local Government of Lagos State on Saturday night. It was also learned that twenty-three victims have been rescued from the debris and are currently receiving medical attention. The […]

The Nigerian televangelist and General Overseer of Believers’ Love World Incorporated popularly known as Christ Embassy, Pastor Chris Oyakhilome spoke today on “Family Day Celebration Service” via a live broadcast on his church Facebook handle. The pastor while speaking on the said topic, dropped a Bible verse that committing adultery with your body is not […] 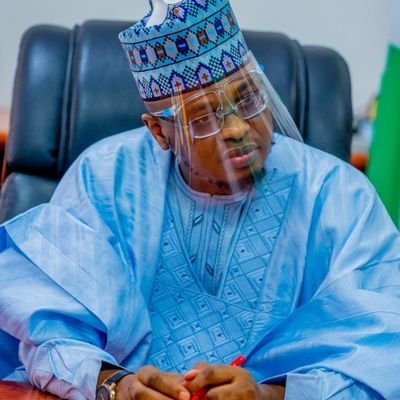 The union made this known on Sunday in a statement signed by its National President, Emmanuel Osodeke, where he noted that UTAS is still being subjected to integrity tests.

“The Federal Government had referred UTAS to NITDA to conduct User Acceptance Test (UAT) and Vulnerability Assessment and Penetration Test (VAPT) prior to the final deployment.

“The process, which commenced on Thursday, 3rd March 2022, is still ongoing,” he said.

Osodeke released the statement in response to the statement made by the Director-General of the National Information Technology Development Agency (NITDA) that UTAS had failed the integrity tests already.

“This press statement is necessitated by the need for ASUU to put the records straight on the grounds already covered in our patriotic struggle to get the government to deploy UTAS as a suitable solution for salary payment in our university system.

“Of particular concern to us is the statement credited to both the Minister of Communication and Digital Economy and Director General, NITDA to the effect that UTAS has failed the integrity test,” he added.

Osodeke said the initial integrity test that were carried out on UTAS by NITDA on the 10th August 2021 at the National Universities Commission (NUC) where the platform was certified as a suitable solution for salary payment in universities, with a score of 85% in User Acceptance Test (UAT) according to a NITDA report.

He added that the union is therefore concerned about recent remarks by the Minister of Communications and Digital Economy, Isa Pantami, and NITDA DG that the payment platform performed below expectation

It claimed that NITDA had initially given a report that UTAS did well in both tests it was subjected.

“Taking this report on its face value, the percentage score is 77%. 1The question that arises from this is can 77% in any known fair evaluation system be categorized as a failure?

“Suffice it to say here that some observations and questions were raised by NITDA to which UTAS technical team has to provide clarification.

“As we speak, our engagement with NITDA over the second round of testing continues,” he said.