The leader of the Yoruba self-determination group, Ilana Omo Oodua, Prof Banji Akintoye, has described the interest of the Northern Governor in the presidential ambition of Bola Tinubu as not genuine.

Akintoye stated this during an interview with Punch recently. The agitator when asked if it was worth it to give up the struggle for the Yoruba Nation for the presidential ambition of Tinubu said, “it is not worth giving up the (Yoruba Nation) struggle for.” He further stated that the Northern Governors would dump the presidential candidate of the All Progressives Congress for Atiku Abubakar of the Peoples Democratic Party in 2023. Akintoye speaking on the genuineness of the Governors during the interview said, “For instance, why did the northern governors suddenly around the turn to say they were supporting Tinubu? They turned around after Atiku (Abubakar) emerged as the candidate of the Peoples Democratic Party. “Up to that point, they were saying they didn’t recognise rotational presidency and there was nothing like rotational presidency but when Atiku was nominated, the next hour, they said they supported a southern candidate – Tinubu. “So, there is something hidden in that. A lot of people don’t know it but when we looked at it, we know that the interest of northern governors in Tinubu’s candidacy is not genuine; it is not honest. “What they have decided to do is to give him (Tinubu) the nomination, and then support their brother (Atiku) in the PDP. “That is where they will migrate to and give him (Atiku) the victory and that is what is going to happen. So, it is not worth giving up the (Yoruba Nation) struggle for.”

2023 Presidency: CNPD Reveals Why Jonathan Is Delaying His Declaration

Citizens Network for Peace and Development has assured that former President, Goodluck Jonathan will join the 2023 presidential race. The group asserted that the former leader is only delaying his declaration because he is still making consultations. The organization stated that Jonathan is ensuring that he pays homage to every facet that has a role […]

Senator Stella Oduah (PDP-Anambra) has stated that the Labour Party’s invasion into Anambra, or the South-East region through former governor Peter Obi as its presidential candidate was not a threat to the Peoples Democratic Party (PDP). Oduah stated this in Abuja on Thursday at a press conference after the presentation of certificates of return to […]

Reactions As Osinbajo Tells Buhari About His Presidential Ambition 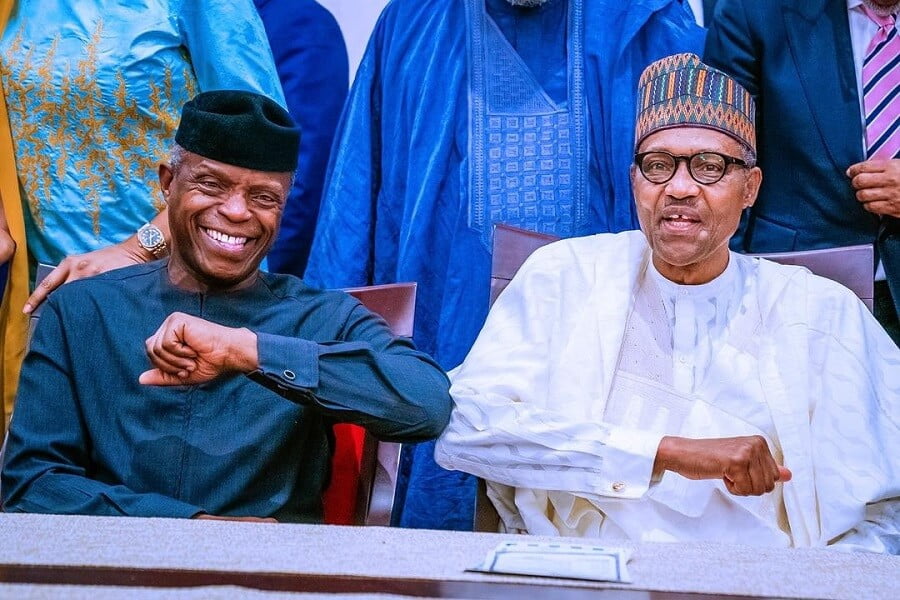 Nigerians have reacted to the report that Vice President Yemi Osinbajo has reportedly informed President Muhammadu Buhari about his decision to contest the 2023 presidency.

Naija News reports that though Osinbajo is yet to officially declare his intention, Daily Trust quoted credible sources to have confirmed the vice president has informed Buhari of his 2023 presidential ambition.

According to the sources, Osinbajo wants to step into Buhari’s shoes to continue implementing the policies initiated by the current administration.

Another source stated that after listening to Osinbajo, President Buhari gave him his blessings just the way he has done to others who indicated interest before him.

Following the development, Nigerians took to Twitter to express their views regarding Osinbajo’s purported presidential ambition and his conversation with the President.

See some of the reactions below:

“Osinbajo is smart, eloquent and the best man for the Job.”

@adigomKelson wrote: “This should be true. Osinbajo needs gut to do what’s right.”

@bravoo_medoo wrote: “The vision is sure, Osinbajo is next in line and God will uphold it in Jesus name 🙏“

@AGINAS wrote: “2013 presidency: VP Osinbajo informed Buhari of his ambition to succeed him in 2023.

“My take: I’m afraid his spiritual father may hijack this government if he wins and things may get worse for Nigeria.
May the God of heaven give us the right candidate”

@thenorthsouth_ wrote: “But Osinbajo is the worst. He has no voice, no foresight, he cannot think with he’s own mind, political dogs will mud him.

“He’s not loyal. If he was really loyal, he would be defending Buhari all those years. Osinbajo is a con artist, just like Tinubu.”

@Sidac06 wrote: “Once Prof Osinbajo declares, I advise CRA to collapse his ambition and unite with Osinbajo. He will always get an exalted position from any APC government. His public office record speaks for him.”