Presidential hopeful, Dele Momodu has slammed the Redeemed Christian Church of God (RCCG) over the creation of a directorate of politics and governance.

In a memo dated February 28, which was signed by the Assistant General Overseer (Admin/Personnel) Pastor J. F. Odesola, the church announced the creation of the directorate for politics and governance ahead of the 2023 general elections.

The RCCG stated that the newly-created directorate, which will be headed by Pastor Timothy Olaniyan, is to coordinate the affairs and activities of members interested in seeking political offices in 2023.

In a statement on Friday, the church denied setting up its directorate to support the purported 2023 presidential ambition of Vice President Yemi Osinbajo or any church member.

Reacting to the development, Momodu said the creation of the directorate by the leadership of the church was nothing but an invitation to Armageddon.

The media entrepreneur said the setting up of the political arm of the church was unnecessary, warning the church leadership not to mix religion with politics.

Momodu, a member of the Peoples Democratic Party (PDP), also linked the purported presidential ambition of Osinbajo to the setting up of the directorate.

The full statement reads below:

“Fellow Nigerians, let me state clearly that I consider myself a bonafide member of the Redeemed Christian Church of God (RCCG) even if I don’t attend church services regularly due to my absence from home arising from my enforced itinerant lifestyle as an international journalist. For clarity, I have lived partly in England since about 27 years ago when I was forced into exile by the Abacha military regime in July 1995. Once we settled into our home in Cricklewood more than two decades ago, my Family and I attended the JESUS HOUSE in Brent Cross, the headquarters of the RCCG in the United Kingdom, ably led by Pastor Agu Irukwu, a respected and respectable gentleman. Indeed, I celebrated my 50th birthday at JESUS HOUSE on May 16, 2010, and I felt truly blessed. My Family still attend the Church to this day and whenever I am in England on Sundays, I venture to attend too.

“Beyond this, I have been a son of our General Overseer Pastor Enoch Adejare Adeboye and his very selfless wife, our Mummy G O, Mrs Foluke Adenike Adeboye for many years. I take this opportunity to congratulate Daddy G O on the occasion of his 80th birthday which occurred on 3rd March 2022. I pray for longer life in good health with much happiness, prosperity contentment and peace. Their first son, Adeolu Adeboye, is also very close to me, right from our time in England. I have had the privilege of sailing on.a cruise ship with Daddy and Mummy for a full week from Florida to Cozumel in Mexico to Cayman Island to Ocho Rios in Jamaica. Mummy had given me tips on that exquisite trip on how to improve the sales of Ovation and I was truly gratified and grateful.

“Naturally, I feel that I owe it a duty to tell our Church leaders, and our Church in general, the Gospel truth and nothing but the absolute truth. In the light of my relationship with the RCCG, this duty is even more imperative and compelling. I believe the leaders of the RCCG have laboured so hard to build one of the most formidable churches in the world. Nothing must be done to inadvertently cause a cataclysmic storm in the House of God. And the easiest way to create trouble in Nigeria today is any attempt to mix religion with politics. It goes beyond lighting the blue touch paper. It is like combining some highly combustible ingredients together in a chemical laboratory. It is not just that the effect may not be too pleasant, it is that the result and consequences will be catastrophic. God forbid.

“As soon as I read the memo establishing a political arm of our Church, I realised this was nothing but an invitation to Armageddon, if true. For that reason, at first, I assumed the memo was a joke, a fake document that was merely meant to stir the hornets’ nest, so I did not pay too much attention to it. However, when it started flying in from every direction to my phones, I knew someone had touched the tiger by the tail. I started working the phones to speak to a few contacts who should know about it and be able to confirm the veracity or otherwise of the document. The outcome was a resounding yes, the document had emanated from the Church and was acquiesced to by the upper echelons.

“I asked for what the motive(s) could have been, and the general conspiracy theory was that our church was setting up an extensive network for the obvious Presidential ambition of the current Vice President, Professor Yemi Osinbajo, although couched in terms which ostensibly suggested that the Church wished to support all of its congregation who wished to contest the next general elections and made their aspirations known to the newly formed Church department. Personally, that theory didn’t jell with me. To the best of my knowledge, Professor Osinbajo is not the only member of the church contesting the Presidential election. And it was not the church that nominated him as running mate to President Muhammadu Buhari. He got the job primarily because of his closeness to his former Principal, then Governor of Lagos State, Asiwaju Bola Ahmed Tinubu and also because of his admirable credentials, ability and capacity. His religion was necessarily a factor, because a Northern Moslem must perforce pick a Southern Christian as his running mate in the current Nigerian clime. That was the only reason religion came into it, I believe. It had nothing to do with the fact that he is a senior pastor of the RCCG.

“Even if the Vice President has now decided to bear his own father’s name.by dropping that of his avuncular godfather, the church will still face a moral crisis if it wishes to jump on the bandwagon by drumming up support for Professor Osinbajo on religious grounds alone for many reasons, some of which I will now highlight.

“Although Asiwaju Bola Ahmed Tinubu is a Muslim, his dear beloved wife, Senator Oluremi Tinubu is a staunch member of the Redeemed Christian Church of God and one of the leading lights of the Church. Asiwaju, her husband, is a frontline Presidential aspirant on the platform of APC, just like his godson, the Vice President. Even if the RCCG has a preference in Professor Osinbajo, mainly because of his status in the Church and his current position in Government, I expect the RCCG to “pretend” a little and behave as if it is not so. Not to do that would be tantamount to picking a child out of one’s children and say, “this is my favourite!” It is simply not right or proper for the RCCG to demonstrate such blatant and flagrant partisanship.

“As if that is not a tough cookie to handle, there is the fact that that there is a third contender, yours truly, Dele Momodu, who’s also a member of the RCCG and the youngest of the contending Church aspirants so far. I’m also the only member of the RCCG aspiring on the platform of PDP, as far as I know. Would the Church then ask its congregation to vote for one party over the other merely because it has decided to support one candidate in preference to the other regardless of the strong points one may have over the other? What a conundrum and crisis this portends for the Church and its unity and peace.

“The church cannot even afford to ostracise any aspirant on the basis of religious persuasion or denomination. It is the job of the church to seek out and promote the best candidates and then pray for them and galvanise support for them perhaps clandestinely.

“I also imagine that there is some degree of unconstitutionality to this attempt by the RCCG to descend into the political arena. Nigeria is a secular state as the constitution provides. To suggest that one candidate is the preferred candidate of a particular church or religious group and is being effectively sponsored by that church will breach not just the morality and ethos of the Church but also the deeply enshrined principles and grundnorm of our constitution, which are embedded and engraved for good reason.

“Furthermore, there are no guarantees that being a church Pastor or otherwise would make you a competent and truthfully honest leader. The church is too massive and extremely influential to reduce itself to such a level of myopia. Since what most Nigerians desire today is good and accountable leadership, our Churches should smartly work towards identifying the best materials in different political parties and support us spiritually and materially from the humongous resources it has pleased God to bless them with.

“Specifically, it is my belief that our churches should avoid anything that could further escalate the huge religious and socio-political conflagration already ravaging our long-suffering nation. Just imagine what would happen if other church denominations or other religions decide to support their own members only. It would be palpable anarchy in the making. Nigeria will then end up with a Babel of voices and a cacophony of noises which would not augur well for the wellbeing of us all, but only cause misery and upheaval.

“I sincerely hope and pray that our Church, the RCCG, will douse this unnecessary fire and recant and retrace its steps before it is too late.”This article was originally published on Nigeria News

The Muhammadu Buhari-led Federal Government has condemned Poland for stopping Nigerians fleeing the crisis in Ukraine from entering into their country. Naija News reports that Polish Border Security had turned back only Nigerians from those trying to flee the crisis instigated by Vladimir Putin’s Russia. A source at the border told this news publication that […] 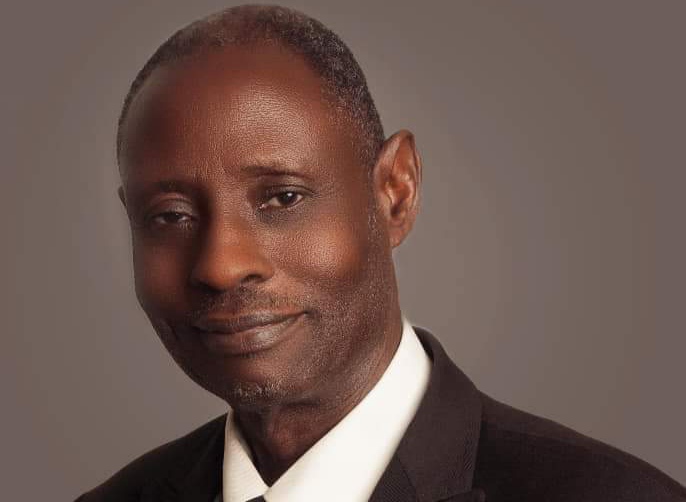 Chukwuma Machukwu Ume (SAN) is expected to join the already-existing legal team of the banned Indigenous People of Biafra (IPOB), POLITICS NIGERIA understands. While many thought the inclusion of the senior lawyer into IPOB’s defence team, was in respect of the 15-count amended charge preferred against IPOB leader, Nnamdi Kanu, at the Federal High Court, …

Our Kidnappers Asked Us To Undress And Once You Are Naked, They Will Ask You To Go Into A Room – Victim

Insecurity has been one of the major threats Nigerians are facing nowadays. Even though the Buhari-led administration has been putting everything in place to make sure that normalcy returns to every region of the country, some bad people in Nigeria are still causing havocs in some region of the country. The South-West is plagued by […]