The presidential candidate of the Peoples Democratic Party in 2019, Atiku Abubakar has plans to retain his running mate, Peter Obi if he wins the presidential primary of the PDP.

Atiku and Obi lost to President Muhammadu Buhari and the All Progressives Congress in 2019. An associate of the presidential aspirant while speaking with Daily Independent claimed that the former vice president said he will like to retain Obi as Vice-President if he wins the presidential ticket of the main opposition party.

The associate when asked why the former Governor of Anambra State is contesting in the presidential primary of the PDP said it is because the PDP has thrown its presidential ticket open.

He said, ”Peter Obi is running because the party did not zone the ticket to any region. Every qualified aspirant will contest and the best will emerge as the candidate of the party. We can’t ask him not to contest? What if he wins?.

“If Obi is lucky enough to get the majority votes of the delegates and becomes the presidential candidate, @atiku and all of us will give him maximum support.”

A public affairs analyst, Wale Adegoke while speaking on the chances of South East winning the ticket, said the region needs to work very hard so they don’t lose out in 2023.

Adegoke said, “The Igbo’s have to work very hard if not they will miss out on both; President and VP.

“All in a bid to create a shade of Iboness in them to assuage the agitation in Ibo land. Unfortunately, some Ibo’s from the South East are even falling for that scam”

The New Connection Between Abba Kyari And Nnamdi Kanu: An Open Letter To Attorney General Malami 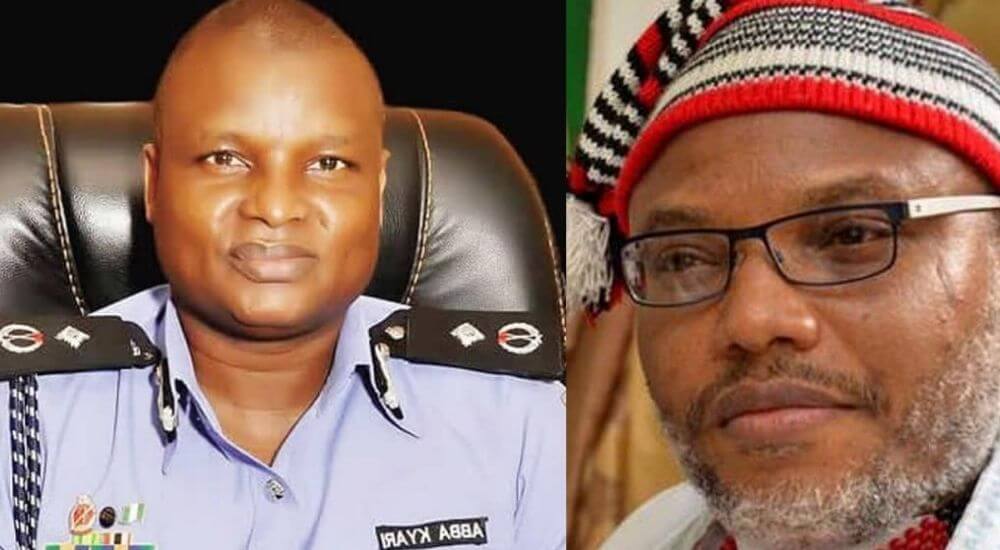 On 13th March 2022, it was widely reported in the media that the office of the Attorney-General of the Federation issued a Legal Opinion/Advice exonerating DCP Abba Kyari from the allegation of money laundering, which forms the main basis upon which the United States of America is seeking Kyari’s extradition to America. One of such publications in a well-respected national daily was captioned “Hushpuppi: New Legal Advice from AGF’s office exonerates Abba Kyari of money laundering allegation”.

In as much as this Legal Advice does not sit well with certain segments of Nigerians (and even the Americans that seek the extradition of Abba Kyari), it needs to be stated that the rendering of Legal Opinion or Advice comports with the constitutional powers of the Attorney-General of the Federation as preserved under the Constitution of the Federal Republic of Nigeria.

1, Under the universally-recognized doctrine, known as the ‘Doctrine of Specialty’ which pertains to extraditions, an extradited fugitive (whether renditioned or otherwise) is subject to prosecution only for those offenses for which he or she was surrendered, extradited or renditioned. Nigeria recognized this doctrine under Section 15 of Nigeria’s Extradition Act, which provides that ‘Fugitive surrendered to Nigeria is not triable for any previous crimes: Where, in accordance with the law of any country within the Commonwealth, any person accused of an offence committed within the jurisdiction of Nigeria is surrendered to Nigeria by the country in question, then, so long as he has not had a reasonable opportunity of returning to that country, that person shall not be detained (whether under this Act or otherwise), tried or otherwise dealt with in Nigeria for or in respect of an offence committed by him before his surrender to Nigeria other than the offence for which he was surrendered to or any lesser offence which may be proved by the facts on which his surrender was granted; or (b) any other offense (being one corresponding to an offense described in Section 20 of this Act) of the same nature as the offence for which he was surrendered; provided that a person falling within this section shall not be detained or tried for an offence by virtue of paragraph (b) of this section without the prior consent of the country surrendering him’.

2, To be sure, the foregoing provisions were, as regards Nnamdi Kanu, breached in all their material particulars. First, as of 19th June 2021 when Nnamdi Kanu was abducted in Kenya, he was facing 4-count Charges, none of which included or bordered on Terrorism. Today, the Charges have been expanded to 15 counts that included and bordered on Terrorism. Unarguably, this is a clear violation of the Doctrine of Specialty, especially in view of the proviso ‘that a person falling within this Section (i.e Section 15 of Nigeria Extradition Act) shall not be detained or tried for any new offense without the prior consent of the country surrendering him’. In this very instance of Nnamdi Kanu, the “surrendering country” is Kenya and there is no evidence that her consent was obtained before these new 15-count Charges were brought.

3, Conversely, the same Doctrine of Specialty is also recognized in the Kenyan Extradition Act, which at Section 6(3) states that “A fugitive shall not be surrendered, or committed to or kept in custody for the purposes of surrender, unless provision is made by the law of the requesting country, or by an arrangement made with that country, for securing that he will not, unless he has first been restored or had an opportunity of returning to Kenya, be dealt with in that country for or in respect of any offence committed before his surrender, other than (a) the offence in respect of which his surrender is requested; or (b) any lesser offence proved by the facts proved before the Court of committal; or (c) any other extradition offence in respect of which the Attorney-General may consent to his being so dealt with”. Unarguably, these provisions have extraterritorial application to Nigeria because, as regards Nnamdi Kanu, Nigeria is the “requesting country”, which fact has been affirmed by the sheer compelled presence of Nnamdi Kanu in Nigeria.

4, Interestingly, Nigeria also strictly requires the selfsame Doctrine of Specialty to be respected when it comes to fugitives extradited from Nigeria to other countries. Section 3(7) of Nigeria’s Extradition Act states that ‘A fugitive criminal shall not be surrendered to any country unless the Attorney-General (of Nigeria) is satisfied that he will not be detained or tried in that country for any offence committed before his surrender other than the extradition offense’.

In view of the foregoing, it has become necessary for the Honourable Attorney-General to revisit the matter of these new 15-court Charges presently standing against Nnamdi Kanu with a view to urgently issuing a Legal Advice to the effect that all the new Charges be withdrawn forthwith. Failure to do so will amount to a clear violation of the Doctrine of Specialty as enshrined in Nigeria’s Extradition Act and equal protection of the law as preserved in the Nigerian Constitution.

This opinion was written by Aloy Ejimakor, special counsel to the leader of the Indigenous People of Biafra IPOB), Nnamdi Kanu.