The Chairman of the Presidential Advisory Committee Against Corruption (PACAC), Itse Sagay on Friday expressed confidence that the All Progressives Congress can not pick the Governor of the Central Bank of Nigeria, Godwin Emefiele as the presidential candidate of the party.

This is coming after Emefiele expressed his intention to take over from President Muhammadu Buhari in 2023. Sagay in a chat with Daily Trust stated that he was surprised that the CBN governor joined the 2023 presidency race.

He, however, said Emefiele has not breached any law for joining the race. According to Sagay, some aspirants are purchasing the form to eventually get political positions if the party emerge as a winner in 2023.

Sagay said, “There is a court judgement which has not been overturned that says you don’t have to resign until 30 days before an election. Until that is overturned, that is the law that governs that situation for now.

“But more importantly I’m just shocked that the Central Bank Governor wants to contest. The whole APC nomination process is being turned into a theatre of the absurd.

See also  2023: Wike Reveals Why He Might Withdraw From Presidential Race

“So it’s either those Northern plotters come in now or they want to create a situation in which somebody would come in for four years so that those behind the plot can now come in.”

“I Can’t Wander The Streets”: Pope Francis Reveals What He Misses Since Becoming Supreme Pontiff

In a recent conversation with Javier Martnez Brocal, the Director of Rome Reports, a Spanish journalist, Pope Francis revealed some details. Brocal spotted him leaving Stereo Sound, a record store, in Rome’s Pantheon district on January 11. The owners are known to the Pope. Their acquaintance began in the “House of the Clergy” in Via […]

Korra Obidi’s Husband Speaks On Forgiving Her, Reveals The Main Issue In Their Marriage 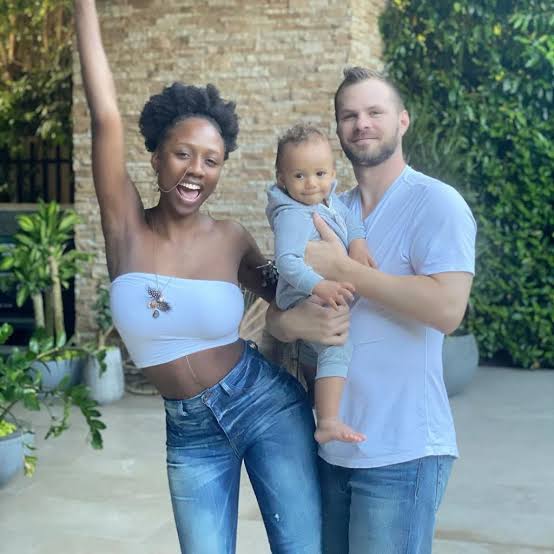 Justin Dean, husband of popular Nigerian Dancer Korra Obidi has opened up on what the main issue in their marriage is.

Recall that Dean announced earlier that he was divorcing his wife barely a week after welcoming their second child Athena Dean.

Most of their fans thought it was a prank. However, subsequent posts from Justin have shown that he is not happy with the marriage and he is serious about getting a divorce.

Replying to a fan in his comment section on Instagram the father of two has revealed what the real issue in their marriage is.

A fan identified as iamlily_vee asked Justin to make a decision about his marriage and he should either forgive her and move on or divorce her.

Replying to the fan’s comment, the doctor stated that forgiveness was not the problem but how Korra was treating him in the marriage. 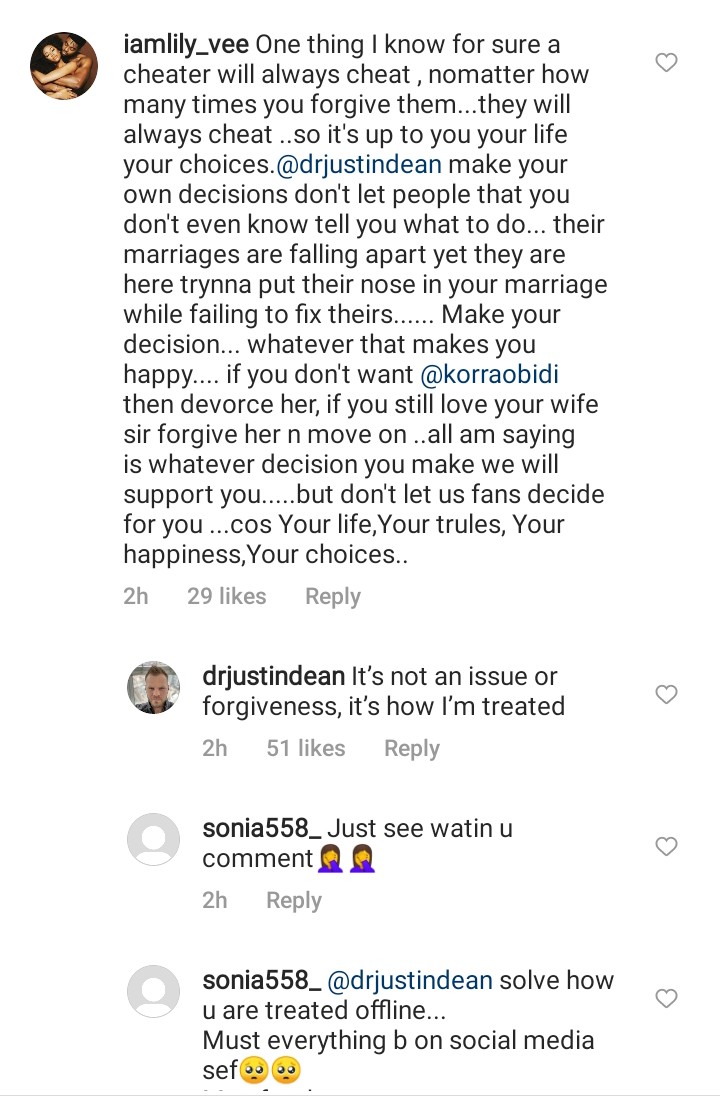 In another development, Justin has stated that he is sorry for calling Korra Obidi a chronic cheater.

However, he maintained that every other thing he said during his outburst is true and the two girls from Korra are his daughters. Read more