The chairmen of 14 local government areas in Zamfara State on Friday urged the Federal High Court, Abuja, to join them in a suit challenging the defection of Governor Bello Matawalle and others to the All Progressives Congress (APC).

The Peoples Democratic Party (PDP) had in a suit marked: FHC/ABJ/CS/650/2021 asked the court to order the removal of the governor and 38 members of the National and State House of Assemblies for joining the ruling party last year.

The chairmen had in an application dated April 6, 2020 and filed by their lawyer, Emeka Okpoko, told Justice Inyang Ekwo that whatever decision was given by the court would affect their interest and the entire councils.

See also  ‘Anything short of presidency for South-East in 2023 a great injustice,’ Says ex-APGA chairman, Umeh

They stressed that whatever verdict delivered by the court would affect their federal constituencies, senatorial districts and the mandate given to the governor and all the lawmakers in the state.

The council chiefs said they would be terribly short-changed and denied the services of the defendants at both state and national levels if the court grants the PDP request without hearing from them.

According to them, their overall interests and that of the people of Zamfara are better served and protected with the All Progressives Congress being a federal party.

He said a counter affidavit was filed on the matter on April 13 and urged the court to dismiss the application.

Ukala argued that his clients did not make any claim against the chairmen that would have affected them.

“They cannot rely on passing interest of a party to apply to be joined,” he said.

Chief Mike Ozekhome (SAN), who is the counsel for the governor and lawmakers, disagreed with Ukala’s submission.

He said: “We have an affidavit dated and filed on April 28. We are agreeing with the motion for joinder my lord.”

Justice Ekwo adjourned the matter till June 14 for ruling. 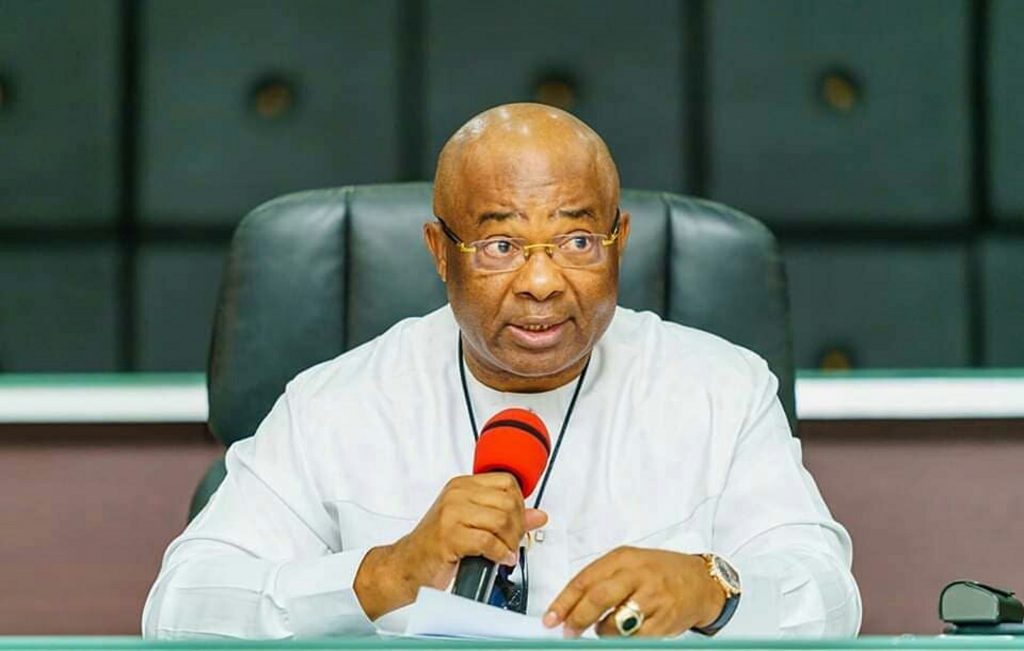 The Governor of Imo state, Hope Uzodinma has stated that it will be ‘unfair’ to say that President Muhammadu Buhari has abandoned the South-Eastern region of the country. Uzodinma who appeared on a programme on Channels Television, monitored by POLITICS NIGERIA, disclosed that the Second Niger Bridge was enough proof to show that the President …

Popular Islamic cleric Sheikh Gumi has revealed how bandits kidnapped his Brother and released him. The retired Army and the medical doctor has been a name to reckon with in Nigerian when issues of banditry are being discussed. He has on several occasions acted as a mediator between the federal government and bandits, fighting for […]